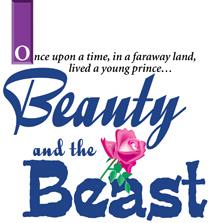 A cast of local children bring life to the enchanted and enchanting characters who fill this delightful version of the beloved tale about love and loyalty, Beauty & the Beast. The Music & Arts School will present three performances at Third Avenue Playhouse on March 20, 21 and 22. Friday and Saturday shows are at 7 pm. The Sunday matinee is at 2 pm.

Cursed by an Enchantress who sees no love in his arrogant heart, a prince is trapped in the body of a Beast. The only way he can break the spell, the Enchantress tells him, is by learning to love another and earning her love in return. And he must do this before the last petal from an enchanted rose falls.

Ten years later, an inventor from a nearby village becomes lost in the woods and seeks shelter in the Beast’s castle. The Beast imprisons him for trespassing, but his daughter Belle finds him and offers herself in her father’s stead. The Beast accepts after making her promise that she’ll remain in the castle forever. In the beginning she views him as nothing more than a monster, and he finds her as difficult and stubborn. But the two soon find their feelings changing and the results are magical!

Ticket prices for Beauty & the Beast are $7 for adults and $5 for children. Tickets are on sale at the theater box office, 239 N. Third Avenue, Sturgeon Bay, 920.743.1760. Tickets are also available at Dancing Bear, 13 N. Third Avenue and online at http://www.ThirdAvenuePlayhouse.com.