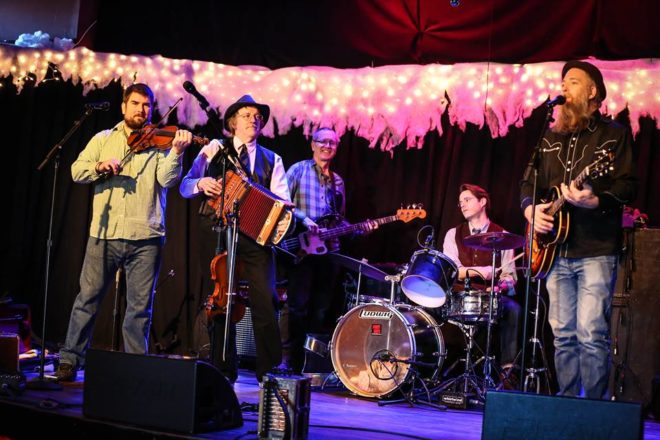 The Cajun Strangers, out of Madison, will make their way to Door County Brewing Co. on Sept. 17.

On the list of genres that make up a typical Door County summer soundtrack, the energetic, folksy Cajun is unnoticeably missing. And understandably so. While New Orleans jazz has continued its northward reach into the Midwest, that can’t be said of Louisiana’s other musical child, Cajun.

Most easily recognized by its three elements – button accordion, fiddle and French language – Cajun music was born out of the Acadian traditions of storytelling, singing and dancing. Its earliest form was the unaccompanied ballad, carrying themes of death, solitude and hopeless love, and sung entirely in Cajun French.

Today, there are several subgenres of Cajun music, including traditional (before 1930), country and Texas swing (1934-1941), Dancehall Cajun (1946-1960) and more recently, Cajun “renaissance” and contemporary Cajun music.

The Cajun Strangers are an accordion and fiddle-driven band out of Madison whose mission is to keep southwest Louisiana’s traditional Cajun music alive. Since 2001, their contagious enthusiasm and energetic style has gotten patrons off their seats and onto dance floors at venues, dance halls and festivals across the Midwest. 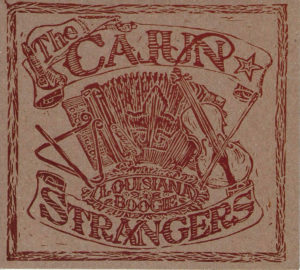 The Cajun Strangers’ newest album, “Louisiana Boogie” came out in 2014.

With a repertoire of two-steps, blues and waltzes sung in French (and occasionally English), The Cajun Strangers do it all on button accordion, fiddle, guitar, electric bass and drums, with the occasional honky-tonk piano, harmonica, lap steel and chopsticks. (The latter was the highlight of their 2014 performance on Wisconsin Public Television’s 30-Minute Music Hour).

The band’s first two albums, Valse a Deux Temps (2007) and Cajun Country Ramble (2010), were released on Swallow Records, owned by Louisiana native James Floyd Soileau, whose history with Cajun music is as rich as the genre itself.

Soileau has been deeply embedded in the Cajun music scene since the late 1950s, when he worked a Cajun music show at radio station KVPI-FM out of Ville Platte, Louisiana, and eventually opened his own small record shop. During that time, he discovered that Cajun French records were no longer being produced and by the end of that decade, had teamed up with accordionists Lawrence Walker and Aldus Roger to launch Swallow Records. In the nearly six decades since, the record studio has released hundreds of albums of Cajun French music and has come to be considered the most important and prolific Cajun record label of all.

As if this honor weren’t enough, The Cajun Strangers’ first two albums each received the Prix DeHors de Nous Award (French for “the best outside of us”) for best album by a band outside of Louisiana from the Cajun French Music Association. In 2014, they released the 16-track Louisiana Boogie, which features Brian O’Donnell on fiddle, Tom Nickel on accordion, Boo Mullarky and Colin Bazsali on guitar, Jim Schwall on bass, and Chris Courville on drums.