Residents of the Door Peninsula will head to the polls Feb. 19 to make their voice heard in the most competitive primary season in memory. It was thought by many that Super Tuesday, in which residents of 22 states voted, would create a front runner in each party, but on the morning of Wednesday, Feb. 6 the race was as muddy as ever.

With eleven more states making their choice before Wisconsinites get a chance, it’s possible the races could be decided before ballots are cast, but the delegate-rich states of Ohio and Texas (March 4) will be decisive if the race stays tight. 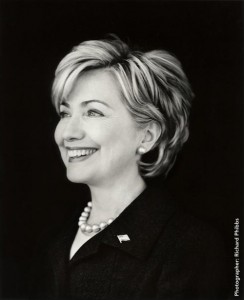 Long labeled as the very definition of liberal by conservatives, Clinton is now viewed as the moderate on the Democratic ballot, perhaps too much so for those on the left clamoring for a stark contrast to the Bush years.

Clinton supported the war in Iraq, though she has said her vote was based on the faulty intelligence provided by the Bush Administration and has criticized Bush’s management of the war.

Considered stronger on policy than Barack Obama, due in large part to her years as First Lady and experience in the Senate, Clinton has staked her ground on health care and foreign policy.

Obama has spoken against the war in Iraq from the start, giving him credibility among the base of the Democratic Party and providing a stark contrast to the Bush Administration. The only African American currently serving in the Senate, Obama was born to a black Kenyan father and a white American mother.

Obama has pushed for ending the war in Iraq and has campaigned as the best candidate to move past partisan bickering in the Capitol. Opponents point to his inexperience, but supporters see his lack of entrenchment in the center of Washington politics as a plus. 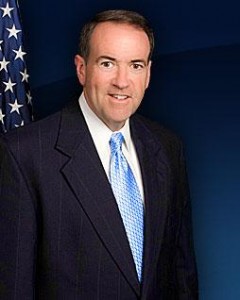 Huckabee has run as the regular guy in the campaign, positioning himself as the conservative Christian candidate in an appeal to the base of the Republican Party. A Baptist pastor, he said his experience leading congregations gave him a deep sense of the problems faced by families. He has said his number one priority is securing America’s border with Mexico and has proposed stimulating the economy with a massive investment in infrastructure to create jobs.

Huckabee supports making Bush tax cuts permanent and is in favor of implementing the Fair Tax. He also called Iraq “a battle in our generational, ideological war on terror.”

One of the most fascinating stories of the campaign (and one which the national media finds convenient to ignore), Paul has gained support from liberals and conservatives alike with his limited government message and pull-no-punches style. A strong supporter of states’ rights and the Mexican border fence, he has been named the “top tax cutter” in the House of Representatives and shocked many with his fundraising success early in the campaign.

Paul is a Libertarian who voted against the use of military force in Iraq and the Patriot Act, opposes the War on Drugs and gun control, and supports withdrawing troops from Iraq. Despite strong support in early polls, Paul failed to gain media attention as much more than a fringe, novelty candidate even though his policy positions have garnered significant support.

Once left for dead as his campaign staff appeared to be in turmoil late in 2007, McCain has pulled off an improbable comeback without much support from Christian conservatives. After Super Tuesday, McCain stood as the favorite to be the Republican nominee.

McCain ran for Republican nomination in 2000, losing to George W. Bush. Once seen as a maverick, independent voice in the Senate, he softened his rhetoric during the second Bush term and came to be viewed as too conservative for some independents, though not conservative enough for prominent voices on the right like Rush Limbaugh.