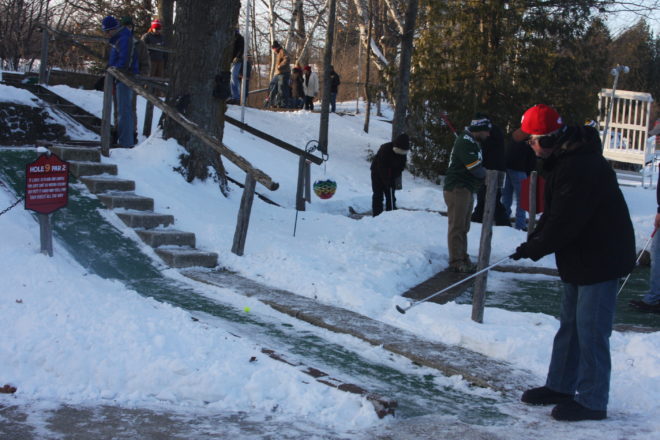 Red Putter Mini Golf in north Ephraim will kick off 2018 with the final Frostbite Open tournament on New Year’s Day.

The Red Putter owners announced that after eight years the annual tradition well end this year.

Unlike the annual Pro Tournament held in August, there is no need to qualify for the Frostbite Open. The tournament begins at 2 pm, and two rounds of golf will be played. Register and practice between 10 am and 1:45 pm. Hot drinks and chili will be served. The cost is $25 to enter. Prizes will be handed out to first place ($700), second place ($200), third place ($100), best single game ($100), and everyone who completes both rounds will receive a bumper sticker saying, “I survived the Frostbite Open!”