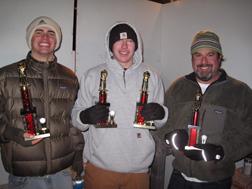 Erik Emanuelson of Sister Bay won the tournament with a two round score of 81. He won $1,175, a Red Champion Scarf, and the 1st place trophy. 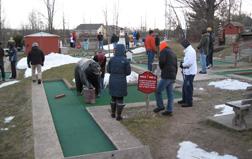 Despite the weather, everyone had a fun time, and warmed up with chili and hot beverages. With such a good turnout, this may become an annual event!