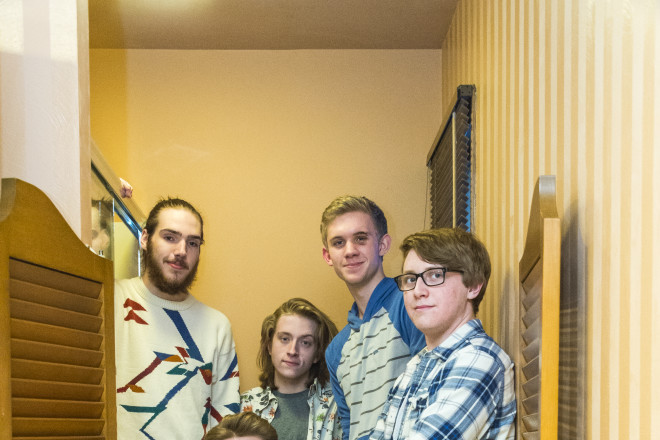 To say high school culture today is completely opposite of what it was in the days when Boy Meets World and Freaks and Geeks were a mainstay in American homes would be an understatement. 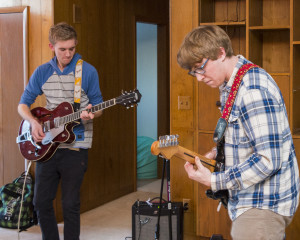 When having a bachelor’s degree is touted as a necessity, it leaves little in the way for soon-to-be-high school alumni to explore their interests in a way that doesn’t show up on their report card. Just ask Gibraltar High School junior Connor MacDonald, frontman of Door County band Found the Lost.

“In high school you’re really busy with everything your teachers and parents want you to do,” Connor said during a recent phone conversation. “They want you to be in all these extra programs that look good for college. They’re not going to say, ‘Oh, being in a band will look good on your college resume!’ They’re not going to say that because it’s not a school function or a school program.”

He might be right, but that doesn’t mean he hasn’t made the time to be part of something that he won’t be graded for. Connor has long been a solo songwriter – his bedroom is his writing studio and the thoughts that run through his mind inspire his lyrics. Like most high school teens, it is a creative outlet that takes him away from the rigorous schedule of classes and extracurriculars.

But unlike most, writing songs for his eyes only wasn’t enough. He wanted a musical platform and last spring, he set his sights on finding a way to make that desire a reality. At that point in time, Connor recalls there wasn’t “a whole lot of music happening at Gibraltar.” Then one day, he heard about a group of musicians at Sturgeon Bay High School – juniors Tommy Hauser and Ryan Mueller, and sophomore Levi Burglund. 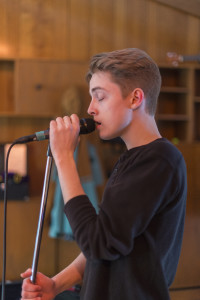 “I got a hold of them and we started playing together, just jamming on the songs that I wrote up in my room,” Connor recalled.

“It was really interesting because prior to him coming to us…I had only met him twice before at the skate park in Sister Bay,” Tommy Hauser said of Connor. “I barely knew him and it was really cool because through music, you don’t even need to know someone to feel comfortable, sit down and go through music with them.”

In the beginning, Connor would write out a basic map of his songs with guitar and vocals, and bring it to the table, where the other four would help him fill out the sound. Though it’s taken a little longer for that songwriting collaboration to kick in, there was an immediate connection among the band at their first show.

“After our first show, we all just fell in love with playing with each other,” Connor said. “Everything was just gelling really well.”

With MacDonald on vocals, Jacobs and Hauser on guitar, Mueller on bass, and Burglund on drums, Found the Lost was created. 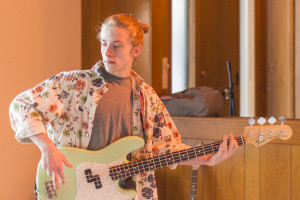 practices is easier than designating a genre under which they fit. Connor considers the band a “melting pot” with a host of influences spanning the better part of the past century, from jazz greats Louis Armstrong, Miles Davis and Chet Baker to UK-based electronic music duo Disclosure and psychedelic hypno-groove rockers Tame Impala.

“We’re kind of like a melting pot because we all listen to different music so I think we all put our own sound into the compositions,” Connor said. “It’s a bunch of people with different influences getting together and jamming. It’s kind of making something that would probably fall under the genre of alternative rock. It’s pretty loud.”

Just as quickly as Found the Lost was created, it was on some of the biggest stages a high school band could hope to land on, from Launchpad competitions to Summerfest.

While one big gig led to the other (the band placed in the top three at Launchpad regionals, the prize for which was a Summerfest time slot), it underscores the dedication needed by a group of teens whose time is stretched among various academics and extracurriculars (at two different high schools, nonetheless) to make their music happen. 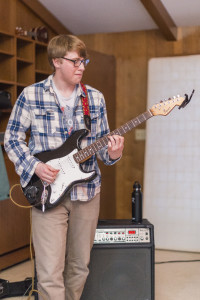 The group had barely been together a couple months when, with a stock of exactly three songs under their belt, they submitted a recording to the Wisconsin School Music Association’s high school alternative music competition, Launchpad.

They placed in the top three against 14 other bands at the regional competition in Wauwatosa and from there, moved onto the state competition at The SETT in the University of Wisconsin-Madison’s Union South in June 2014.

There they faced off against the other two top-placing bands from the Milwaukee regionals along with nine bands from the three other Launchpad regional competitions (held in Sun Prairie, Chippewa Falls and Chilton).

“That was really crazy because we had barely been playing together,” Tommy said. “None of us were expecting to be doing that kind of stuff that fast. We were kind of blown away by how fast everything was happening.”

While Found the Lost didn’t take the top prize, which included the prestigious Les Paul Launchpad Award, an additional Summerfest slot, a professional recording session, and a Yamaha equipment package for their school, the value for the five teens was meeting other musicians and getting their message out.

“Competition isn’t something a musician looks for,” Connor said. “It was just a fun thing to do to go 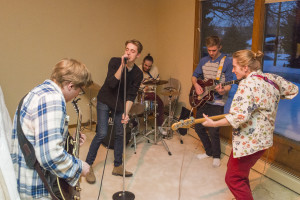 meet other musicians and get our sound out there, get our message out there, and just play, just experience people watching you and listening to you and vibing off you. That’s the reason we wanted to do it. We didn’t really care about getting studio time. It would’ve been nice but we can record ourselves.”

The competitions also gave the five individuals a chance to come together as a unit and define their show style, which Connor describes as “high energy but very personal.”

With Launchpad and Summerfest behind them, the group has set their sights on writing, defining their message and sound, and recording at The Tambourine Lounge in Sturgeon Bay. They hope to have an EP out in 2015 and as they’ve been doing all along, continue finding one another through music.

“Found the Lost is discovery, finding new pathways as far as writing,” Connor said. “We got together, we found each other and now we’re discovering more about each other and writing. It’s been a constant flow of new discovery and findings.”