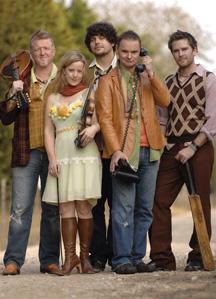 World-renown Celtic band, Gaelic Storm, will perform at the Door Community Auditorium in Fish Creek on Sunday, August 15 at 8 pm.

Cast as the “steerage band” in the legendary film Titanic over 10 years ago, Gaelic Storm has since made an international name for themselves in the music industry. Their unique Celtic sound, created by cultural instruments such as the bagpipes, Celtic drums, and the fiddle, offer unparalleled entertainment for all ages.