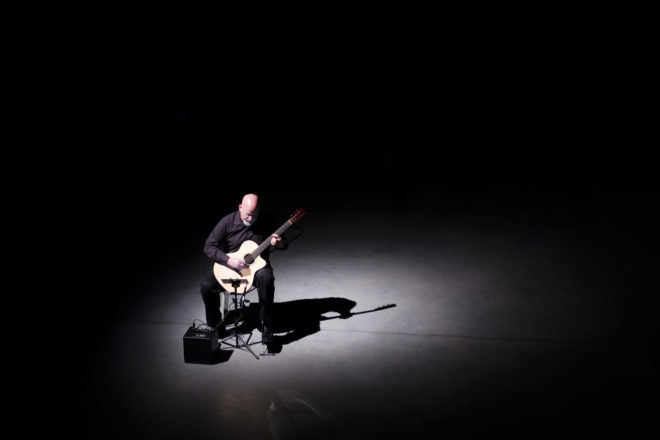 Traveling from Germany to tour the US, Scott Fields will perform solo guitar pieces from his recent CD Burning in Water, Drowning in Flame on July 28, 7 pm at Popelka Trenchard Glass in Sturgeon Bay. This concert is part of the BEGIN music series.

Having performed frequently in Chicago during his formative years, at the age of 23 Fields stopped performing and moved to Madison, where he studied classical guitar with George Lindquist and took classes in composition and music theory at the University of Wisconsin.

As leader of his own groups and as a sideman, Fields has toured throughout North America, Europe and Asia. He has released more than 30 CDs as a leader or co-leader, has been a sideman on numerous other recordings and appears on several compilation CDs. In 2003 he resettled in Cologne, Germany.

A suggested donation of $10 at the door goes directly to the performing artist. No advance tickets available. Popelka Trenchard Glass is located at 64 S. Second Avenue in Sturgeon Bay. To see the schedule of the BEGIN music series, go to rhythmplex.com.