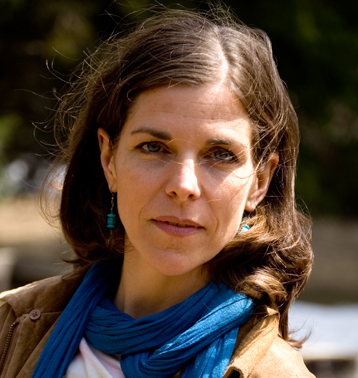 Since 1998, the Peninsula Pulse has been memorializing Hal Grutzmacher through our Hal Prize contest in literature, prose and photography. The contest brings in accomplished writers and photographers to judge the hundreds of submissions from the community and beyond.

The deadline to submit work for the 2019 Hal Prize is May 1. Visit thehalprize.submittable.com/submit to read the complete submission guidelines.

As we near the deadline for this year’s contest, I asked Carol Dunbar, the 2018 fiction winner, about her experience with the Hal Prize and how it has affected her writing.

Grace Johnson (GJ): What made you enter the Hal Prize contest?

Carol Dunbar (CD): I entered the Hal Prize last year because I greatly admired the work of the fiction judge, Peter Geye. The quality of judges this prize attracts greatly impresses me.

GJ: What other contests have you entered? Other successes?

CD: Over the years I have won several local writing contests, and an early draft of my novel, The Net Beneath Us, was a finalist for the Dana Award.

GJ: Has the Hal Prize helped you in your writing endeavors?

CD: Winning the Hal Prize made me feel supported and valued by readers in my state and by other artists whose work I admire. It made me feel seen and heard during a period of long years working alone. It gave me a burst of happiness unparalleled to any other award, in part I think because of the genuine warmth and creativity of the “prize box” itself.

GJ: Has entering creative contests like ours helped shape your writing? Or how you approach it?

CD: I have found that entering contests makes you a better writer. It forces you to get your work into better shape than you would have had you not entered, so even if you don’t win – and most of the time, you don’t win – you still get the prize of improving your work and your abilities.

CD: My advice is to think of your entry to the Hal Prize as a way to invest in what you care about. You’ll be investing in both your artistic development and in an organization that puts meaningful work out into the world.

GJ: Your fiction entry from last year, Saving Stobs, followed the relationship of a young girl and her grandfather, and her development into a young woman through their common interest, diving. Was this inspired by events in your life? If not, where did the inspiration come from?

CD: The fear of diving was very personal to me, one I struggled with for years. I’d never talked about it and thought it would be interesting to explore in a story. My first attempts as first-person narratives were utter failures. Third person gave me a better vantage point, but it wasn’t until I found the grandfather and made him the main character that the story started to reveal itself, and I understood what the piece was really about.

GJ: I love the spunk and drive of Ruth’s character. In today’s world, empowering women, especially young girls, is such a prevalent idea, especially in the world of literature. One thing I find interesting is that, typically in these types of stories, there is a female figure as the “teacher figure” — the one who is looked up to. In Saving Stobs, you decide to make that role male — specifically, her grandfather — and I love that choice. Was there a specific reason you decided to use a grandfather/granddaughter relationship? Do you think using a different relationship would have changed the story?

CD: The gender of the main character is an interesting question, and I’m glad you brought this up. Intuitively, I knew Ruth needed to save someone in order to regain her confidence, and this person had to be someone who scared her a little bit, someone who she looked up to and someone who was not herself. For me, when I have a teacher figure who is my same gender, I tend to project myself onto them differently than when that figure is of the opposite gender. It’s like there’s an element of competition there where my ego becomes involved. So yes, I do think using a different relationship would have changed the story. There are some things we just can’t learn from some people, even if their intentions are good. We need to hear it from someone else.

For 35 years Sully Stobs had served as the physical fitness officer, training the young cadets who came through Fort McCoy. He taught discipline and strategy and believed anyone could change anything if they really wanted to. On his walls hung the posters of silhouetted athletes in victorious mountaintop poses; his screensaver flashed a show of motivational quotes.

“What’s wrong with her?” he said to his daughter when Ruth Ann left.

“You saw. She can’t keep her head down. Every time she tries to dive, she belly flops. I think she’s afraid of water.”

“Well, they won’t let her pass on to the next level and I can’t keep paying for lessons. I’ve got two more to put through.”

Sully told her he would take care of it because he was retired now, what else did he have to do? Every morning he rose at first light, laced up his sneakers, and walked down to the fitness center where he didn’t have to show his military ID, but he did anyway, regulations. He ran his five miles and bench pressed two-twelve. Not bad for seventy-three.