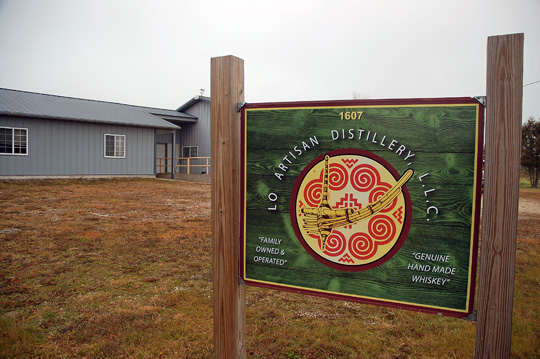 Po Lo has been quietly making traditional Hmong rice spirits at his Lo Artisan Distillery in Brussels for several years now, but he has a new product he hopes to unveil in the future.

He brings out a bottle of his private stock of a 180 proof rice spirit infused with a giant centipede at the bottom of the bottle.

“This is my next product, but without the infusion,” he said. “What I have in here is medicinal centipede.”

“Actually, it gives you health benefits with the blood,” he said.

He poured a shot of the clear liquid and advised that I drink it like wine by holding it in my mouth for a few seconds before sloshing it around the palate and then swallowing.

I brace for the burn of moonshine or Everclear, but it doesn’t happen. This is the sweetest, smoothest high-proof alcohol I have encountered. 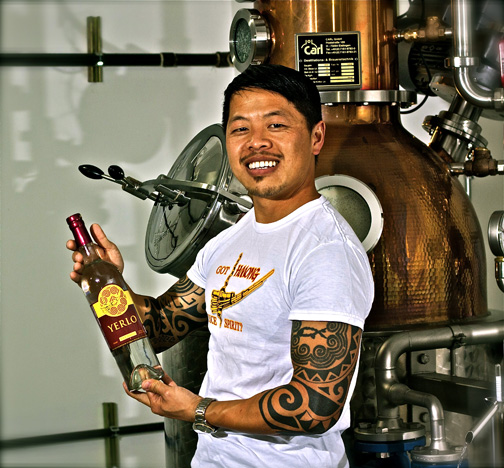 “You’ll never come across another product that is 180 proof that tastes like that,” Lo said. “Not a lot of people can understand that high proof. When you hear 170, 180 proof, people are thinking, man, it’s like gasoline, but it’s not. It’s got so much flavor. There’s no tannin to it. It’s sweet and flavorful. But it is an acquired taste.”

You’ll have to wait to see if you have acquired the taste for his 180 proof rice spirit, but he offers three products now that range in proof from 90 to 130. However, good luck trying to find them.

“It’s doing really well in Wisconsin. Basically, it’s sold out,” Lo said. “Minnesota and California it’s sold out as well. I’ve developed a following in the states with a high concentration of Hmong people.”

That is because, Lo says, his distillery is the only commercial Hmong distillery in the world, right here in Door County.

“There was another guy doing it out in California before I started, but he only lasted 11 months,” he said. “I came three or four months after he folded. Right now I’m the only Hmong guy in the world doing it.”

And then he adds, “Legally. There are a lot of home distillers who do it for their own use. I’ve done that, too. We give it away to our families and they love it. Why not do it legally?” 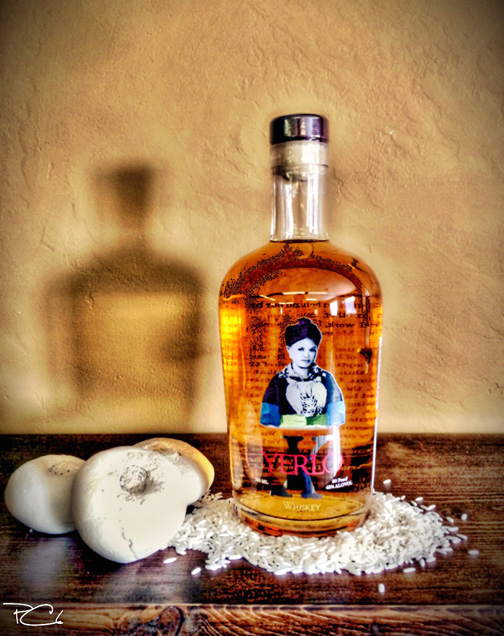 “The whiskey is my top of the line Yerlo,” Lo said. “We create a 90 proof rice spirit and age it for five months in oak barrels to get the caramel color. It has oakiness, vanilla, butterscotch, jasmine. We don’t add any additives. That’s the beauty of the oak barrels we use.”

Lo sees his business as a cultural breakthrough for the Hmong.

“This is the traditional drink among Hmong and other Asian countries. We celebrate with it, weddings and funerals,” he said. “Nobody else was doing it and nobody was doing it right. There were home distillers, but that’s all they could do. I wanted to take it to the next level and offer it to the world – here, this is something we have in our tradition and it’s fantastic. It brings me joy and makes me work even harder to make the product and come up with new products.”

“Nowadays there a lot of ways to drink it. It just depends on my mood,” he said. “I like to keep it in the freezer. When you pour it out, it comes out nice and thick like maple syrup, and it’s just the sweetest thing. The cold enhances the flavor.”

He shows how to make a Yerlo Old Fashioned on his website, lo-artisandistillery.com.

I mention that I have yet to see a bottle of his liquor on any shelves in Door County.

He admits that he does all the marketing and distribution, and that he just does not have a Door County outlet at the moment. But if anyone is interested in selling his product locally, he invites them to visit his distillery.

“I want them to come here, take a tour, understand the concept and the traditions,” he said. “Have a few tastings. If they like it, they can buy it.”

Lo describes his distillery effort as a hobby still.

“It’s not for money or fame. It’s not getting me anywhere right now other than having the joy from people who love it and having something different and unique,” he said. “I love it. It’s like they say, if there’s one job that you would work for free, what would it be? This is mine.”