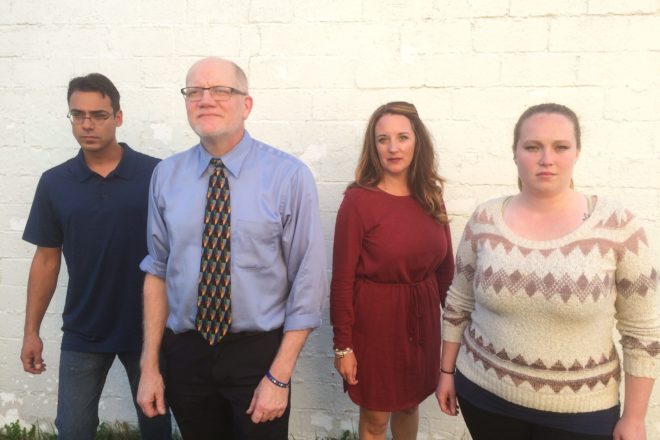 After their return as a producing theater company this year including staged readings, the Playwrights’ Collective, partnerships with the Door County Short Film Festival and the production of Walter Cronkite is Dead, Isadoora Theatre Company announces their final show of the 2017 production year with Proof by David Auburn and directed by Richard Carlson.

On the back porch of a house in Chicago we’re pulled into Proof, a four-character play by David Auburn that is in turns about mathematics and the difficult equations of family and relationships, about discoveries that are both scientific and human. The play unfolds like a mystery, a detective story, while always driving forward this engrossing drama whose characters are smart, funny and fully alive.

Director Richard Carlson is pleased to make his directorial debut with Isadoora Theatre Company. “This play is both devastating and touching in the moments it presents to us. Addressing deep family issues in a humorous and loving way, we can all relate to the characters and situations Mr. Auburn touches on,” he said.

The cast is made up of four local actors Marcel Bruyere, Carrie Counihan, Keri Grimsley and Dan Sallinen.

Proof will be performed Nov. 10 – 12 and Nov. 17 – 19. Friday and Saturday night performances are at 7:30 pm, Sunday’s performances are at 2 pm. Performances will be help at the Inside/Out Theatre space at the Margaret Lockwood gallery; 7 S. 2nd Avenue at the corner of Michigan Ave. Tickets are $15/adults, $10 students and seniors. For more information or to reserve tickets, call 920.495.5940.