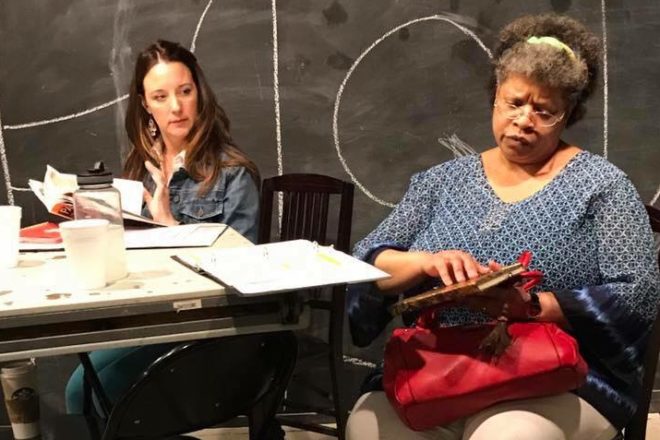 After a few years’ hiatus from offering full theater productions and one year after offering a staged reading of Disgraced in 2016, Isadoora Theatre Company is reestablished with a new board of directors, new community collaborations and a full production opening this June.

“After months of meetings with the new Board of Directors, Isadoora Theatre Company is rejuvenated, reenergized and thrilled to be bringing a variety of theatre and arts partnerships to the Door County community. June is going to be a focused month with our first full production in a number of years as well as the beginning of our Playwrights’ Collective,” shares Isadoora’s President of the Board, Ed DiMaio.

Isadoora’s Board is also excited to share that they are working on partnerships focused on the importance of Theatre Arts in educational settings, including a theatre company in DePere as well as the local schools and is also partnering with the Door County Short Film Festival to bring this year’s festival entries to Sturgeon Bay in July and sponsoring the 24-hour Film Challenge this fall.