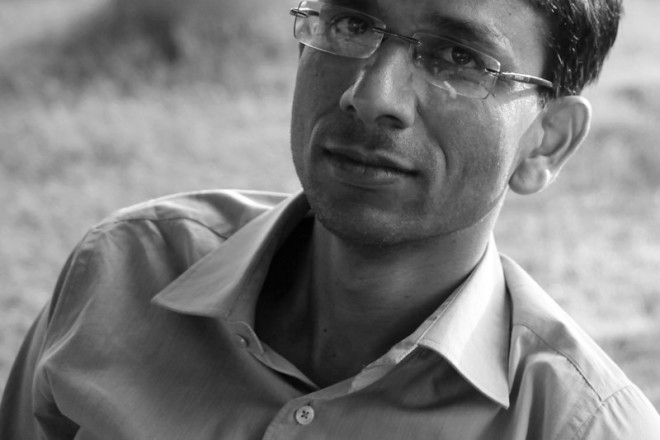 Jitendra Suman, a native of Bhopal, India, brings a rich background of knowledge to the talk, “Islam: 21st Century Challenges,” he’ll give at 1 pm on Thursday, April 28 at the Unitarian Universalist Fellowship, 10341 Water St. in Ephraim.

He earned his PhD at Barkatullah University in Bhopal, a city of nearly two million people in central India. His field of concentration was the histiography of South Asia/Indian religions from a post-modernist perspective, analyzing how European colonial intelligentsia interpreted Asian religions in light of their own knowledge and situations, trying to apply Christian missionary/evolutionary theories to understand these societies.

Suman’s studies also focused on how we can reinterpret this information in a more unbiased manner and neutralize the impact of western European and Imperialistic theories on our understanding of religions practiced by millions of people and how religion and politics affect their societies.

“In India,” he says, “religion is the air people breathe, it is part of the power structure, it is in their social genes.”

After completing his doctorate, he worked as a research associate with the massive National Mission on Monuments and Antiquities in India. Now he’s putting that experience to work as assistant curator of the Sister Bay Historical Society, using their PastPerfect Museum Software to document all the information and items the organization has accumulated.

He is fascinated by the history of Door County and loves the fact that it was a different society from the one emigrants left in Europe, with no royalty, but a place that valued people for themselves.

“They formed a truly cross-cultural society,” he says. “It’s a splendid country. Americans should be very proud of it.”

“Although the culture here is diametrically opposed to that of India and the expression is different,” Suman says, “at the core, people value the same things – friendship, truth and honesty. And they’re all looking for the same things – happiness and peace.”

Last winter, Suman taught a class at The Clearing on the three main Eastern religions – Islam, Buddhism and Hinduism. As a result, he was asked to speak at the UUF, where he will concentrate on the origin of Islam, its expansion to other parts of the world and how at different times in its history, Islam has gone from being one of the most powerful of the Muslim empires to being subjugated by European Colonialism. He will discuss how, during the 20th century, the many revolutions and the reform movement still going on in Islamic society have affected not only their community, but the world community as a whole.

His talk will also consider the nature of what is being called the “Islamic crisis” and how we can understand it in a more unbiased manner.

“Presently,” he notes, “ethnocentrism is very dominant in understanding Islam. In the Western world, there are enlightment ideas of modern-age values like secularism, individualism and the Western model of equality. People in Western societies want to see other parts of the world in the same light, and if they don’t see these values, they believe they have to help those in other cultures grow out of their present situation and become more like the Western model. This doesn’t support multiculturalism in a global society. We have to incorporate the world as a whole.”

For the last 15 months, Suman has been expanding his own worldview by adjusting to life in Door County after more than three decades of living very close to where he was born. He never expected to leave India, but falling in love with and then marrying Abbey Box, a fine art photographer from Green Bay, changed that.

“She tried living in India for a year,” he says, “but it is very hard for an American woman.”

In 2013, the couple purchased Newport House in Ellison Bay, where they co-founded the Sutra Gallery. Devoted to fine art and textiles from India, representing both emerging and established contemporary and tribal artists, Sutra is now entering its third season. And on March 23, their daughter, Hazel, was born.

“She is inevitably linked to two cultures,” her father says. “As the world grows closer, I believe her heritage will give her the best of both.”