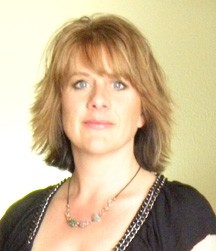 • The Kewaunee Academy of Fine Art will assume new ownership on June 1. Norma Bell of Kewaunee, owner and executive director during the academy’s first six and a half years of operation, is proud to turn ownership over to Molly M. Johnson of Denmark, Wisconsin.

Since her graduation from the Kewaunee Academy in 2008, Johnson has exhibited in many prestigious venues including the Oil Painters of America National Competition, The Jack Richeson 75 Portrait & Figure Competition, and The Wisconsin Arts Board Gallery in Madison, Wisconsin. Her work has appeared in the nationally acclaimed American Art Collector Magazine and she is professionally affiliated with the Oil Painters of America, The Transparent Watercolor Society of America, and the Wisconsin Watercolor Society. She has also been an instructor at The Art Garage in Green Bay and an art instructor for the Northeast Wisconsin Technical College.

In addition to her ownership of the academy, Johnson will become the new executive director; Craig Blietz will remain as artistic director. The academy faculty roster will remain in its current configuration and the academy will remain at its present location in Algoma, Wisconsin. 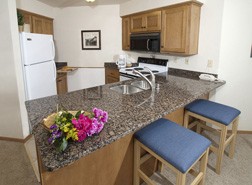 As part of an extensive project, which began in January, 33 of the inn’s suites were remodeled. The suites each received new kitchen finishes and an updated decorating scheme.

New cabinet doors, granite countertops and new sinks and faucets were installed. Also, as part of the project, the used countertops were recycled and donated to St. Vincent de Paul in Green Bay.

“We have a new look – a quality look for a quality property. That’s what we were looking for, and we received it without a doubt,” said Joe McMahon, manager at Bay Shore Inn.

Jones previously worked as executive director for more than three years at Golden LivingCenter-South Shore in Milwaukee. Before entering the long-term health care field, he had an operations position in the manufacturing industry.

Kettering’s certification was made possible through the Wisconsin Wound Care Initiative (WWCI), a public-private partnership aimed at reducing pressure ulcer prevalence in Wisconsin skilled nursing facilities by doubling the number of wound care specialists throughout the state.

• Ursula Bunnell will be the new executive director of HELP of Door County. She will begin her tenure at HELP on June 15.

Bunnell brings with her a wealth of experience in the domestic abuse field: she worked for Golden House, the domestic abuse program in Green Bay, where she served in a number of capacities including the director of Client Services.

Bunnell’s credentials also include acting as an expert witness for Northeast Wisconsin, a state-certified trainer for Domestic Violence Advocates, and a board member for the Wisconsin Coalition Against Domestic Violence for one term.

• A new visitor center has opened within the Washington Island Ferry terminal building at Northport Pier. The space, which had previously operated as the Northport Pier Restaurant for 25 years, was transformed over the course of the winter and opened on May 27.

In addition to a fresh coat of paint and new carpeting, the dining room tables and chairs have been replaced with display kiosks for photographs, information and literature related to Washington Island, Rock Island and the other islands of Death’s Door.

Washington Island Ferry Line President Hoyt Purinton said, “We believe we can do a better job marketing Washington Island…and a visitor center, rather than some other venture seems the best fit [for the space]. This has come after considerable discussion within our company and with the Washington Island Chamber of Commerce.”

The Northport Visitor Center’s will market the island experience in a direct way, such as passing on literature for motels, restaurants and attractions, but also indirectly, providing travelers who might be birders, photographers or natural history buffs with more information on the islands of Death’s Door.

Coffee, tea and snacks are available for purchase. The Northport Visitor Center will be open 9:30 am – 3 pm daily through mid-October and a self-help display with literature will be available during hours of the ferry operation.