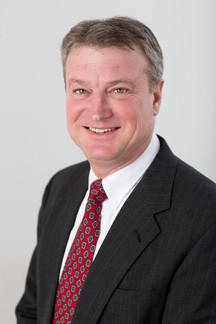 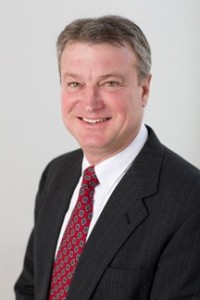 Kitchens announced a listening session to be held on Washington Island. The mission of this session is to connect with constituents to discuss issues and concerns that directly impact the 1st Assembly District.

“The Assembly is currently on break following the passage of the 2015-17 biennial budget and this is a good time to meet with constituents face-to-face,” said Rep. Kitchens. “It is my wish to hear directly from the citizens of the district and continue representing them to the best of my ability.”

The session is scheduled for The Danish Mill from 1 to 3 pm on Tuesday, Sept. 8.

Republican presidential candidate Walker says it’s “legitimate” to discuss building a wall separating the United States from Canada, as well. In an interview for NBC’s Meet the Press available online, Walker said his tough talk to securing the borders and enforcing U.S. laws extends to the 5,525-mile Canadian border as well.

“Some people have asked us about that in New Hampshire,” Walker said. “They raised some very legitimate concerns, including some law enforcement folks…So that is a legitimate issue for us to look at.”

Walker ran into trouble two weeks ago after GOP front-runner Donald Trump proposed repealing the 14th Amendment’s mandate that children born in the United States automatically become citizens, regardless of their parents’ legal status. Walker first said he favored Trump’s idea of repealing birthright citizenship. He backed off that stance, telling a reporter he hasn’t taken a position. And then he said he isn’t advocating any changes to laws on the books. Despite taking three different positions in the course of a week, Walker insisted on NBC his stance has been consistent.

Baldwin released the following statement after the Pentagon announced that Oshkosh Defense (a division of Oshkosh Corp, formerly Oshkosh Truck) won a $6.5 billion contract to build the Joint Light Tactical Vehicle (JLTV), which will replace the aging Humvee.

Baldwin has been a champion for Oshkosh Corp. in the Senate, supporting legislation to fund and move the JLTV project forward. “Oshkosh Defense has long provided our men and women in uniform with the safest and highest quality vehicles as they fight on an ever-evolving battlefield. I am proud of everyone at Oshkosh Defense for putting together this winning bid that will ensure our troops continue to operate Made in Wisconsin equipment,” said Senator Baldwin.

Talk to many Wisconsin Republicans about Johnson, and they’ll ask to keep their names out of the story. On the record, their kindest praise can sound like a backhanded compliment:  The freshman senator is getting better at his job. The accountant who spent decades running a Wisconsin-based plastics company had never held elective office when he won his race in 2010. Most observers expected the business executive with little experience in politics to struggle in the Senate; few, however, expected the learning curve to be as steep as it was. Interviews with ideological allies, Senate operatives and Wisconsin Republicans all paint a strikingly similar picture of a political novice who struggled with basic tasks, alienated allies, and even prompted speculation that he wouldn’t seek another term in office. There’s little doubt, in the minds of those Republicans, that Johnson has grown into his job, especially in the past year. It’s just unclear if the improvement has come too late for a difficult re-election fight against the Democrat he defeated in 2010, former Sen. Russ Feingold.

To hear the White House describe Alaska, the state has become the canary in the climate change coal mine, complete with raging wildfires, accelerating ice melt in the arctic, vanishing glaciers and whole villages forced to relocate away from rising seas.

Obama carried that urgent message to Alaska this week. His first step there was to officially rename the country’s tallest mountain from Mt. McKinley to Denali, a historic nod to the region’s native population, which the White House says is under threat from the already-present threat of climate change.

“This is all real. This is happening to our fellow Americans right now,” Obama said in his weekly address on Aug. 29. Native Alaskans have sought the name change for decades. Named McKinley in 1896, shortly after President William McKinley was nominated as a candidate for office, the 20,320-foot peak has long been known locally as Denali, its name in the indigenous Athabascan language. The national park that surrounds the mountain was named Denali in 1980, but the peak itself is still listed in official federal documents as McKinley. Past attempts to make the change were blocked by lawmakers from McKinley’s home state of Ohio.