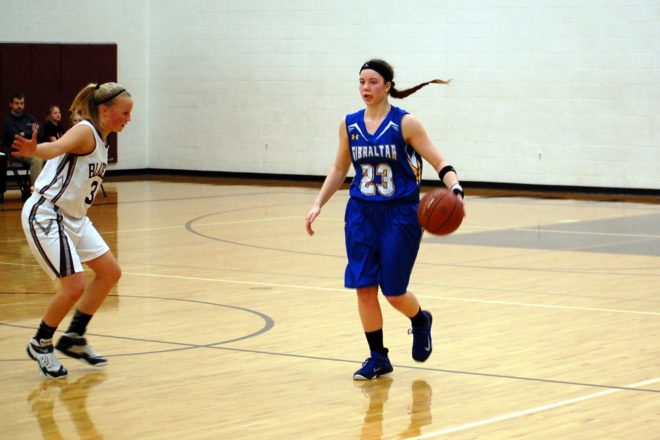 “It was one stupid decision,” said Lauren Kita, her frustration with herself still evident three years after she made it.

One moment, one decision on a carefree night with friends shortly before the end of her junior year of high school, and the effects still linger for the Gibraltar graduate.

Lauren chose to get on the back of an ATV, without a helmet, with friends driving down Porcupine Bay Road in Ellison Bay. She doesn’t remember anything from the accident or the time before or after, but she’s been told what happened. The ATV in front of the one she was riding on slowed down, and hers drove into the back of it. Lauren was thrown through the air, planting her face on the pavement.

Her father, Jay Kita, remembered his wife Brenda getting the phone call. “She got off the phone and said, ‘We gotta go to the hospital now.’ I knew it was bad,” he said. “When we walked into the hospital room, Lauren was laying on the table with her neck in a brace. Her arms, her face, her legs, everything was cut up.”

“She’s the strongest woman I know, and she ran out of the room,” Jay remembered. “No parent should have to see their child like that.”

Lauren’s wrist was broken, she had road rash all over her face, but she had escaped with mostly bruises, scrapes and scratches. At least that was the extent of her visible injuries. But three years later, the invisible injuries linger.

“I’ve had concussion symptoms every single day since,” she said. 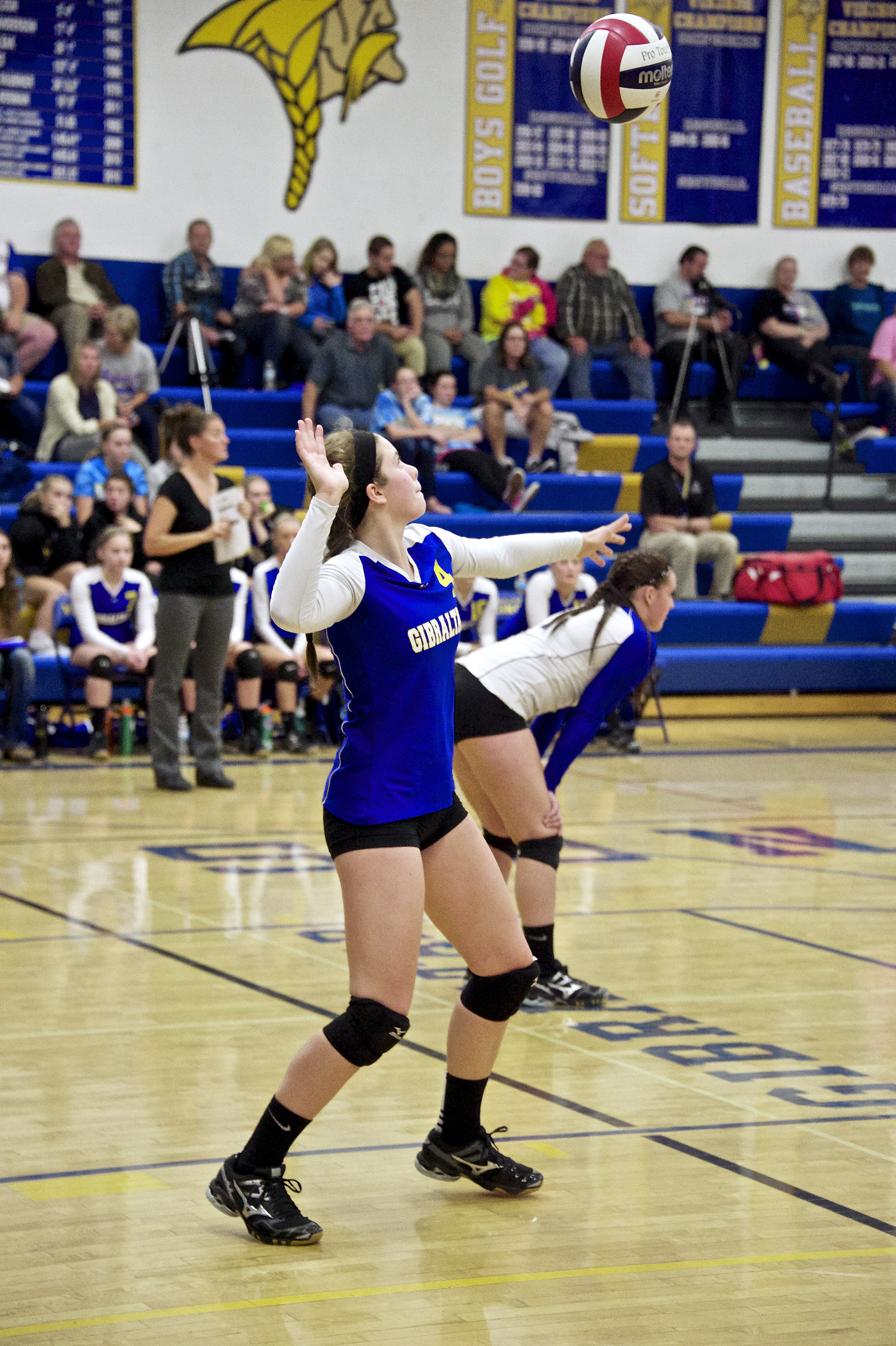 Lauren Kita said her decision to play through concussion symptoms during her senior year at Gibraltar High School, and keep them to herself, was a mistake. Top left photo by Len Villano.

Lauren Kita is a gym rat. For as long as she could walk, her legs have been magnetically drawn to the gym, often tailing her father, the varsity baseball coach at Gibraltar High School. She dominated free throw contests, begged to play with the older kids, hungered for more chances to dribble a basketball, swing a bat, set a volleyball. Like a dog waiting for its next command, Lauren stood at attention, awaiting her next instructions from her coach.

It was only natural that when she was sent home from the hospital after the crash, her mind immediately turned to getting back in the gym. She suffered a concussion in the crash, but passed a concussion test two days later, though she still felt foggy and suffered from headaches.

She didn’t miss a single open gym that summer, working on dribbling on the sideline, her wrist in a cast. By the time volleyball rolled around in August she returned to the court, seemingly like her old self. She felt symptoms, but kept it to herself.

In many ways, her senior season was everything she hoped for. She earned all-conference honors in volleyball, basketball and softball. She excelled in the classroom and was salutatorian of her class.

After graduation she went to the University of Wisconsin – Platteville to study engineering and play basketball. But when she began to practice, the physical contact of the college game re-triggered the worst of her symptoms. At their worst, she gets debilitating headaches that force her to lay in a dark room.

“I get really dizzy randomly,” she said. “I have a hard time focusing, and with my memory. I could barely pay attention in class before and tests were still easy. Now I can study for hours and none of it sticks.”

In the months to follow she struggled on the court and in the classroom. Platteville trainers monitored her closely.

She changed her study habits, studying for hours the night before exams, afraid she’d lose it all if she put in the time too early. But it was impossible to keep her out of the gym until finally, after her freshman season, the gym rat gave up competition.

“It’s tough,” she said. “I was always in the gym before. Now I can barely go and lift without getting headaches.”

But the break from competition and added rest has helped to lift the fog, one her parents weren’t fully aware of until Lauren wrote a blog post this March.

“When she went to Platteville, we didn’t know she was struggling this bad,” Jay said. “We knew she had the headaches, but not the severity. I’m the dad who’s a coach that pushes, fight through it, but I didn’t really know.”

When he read her post, he realized how much his daughter had struggled, and called to apologize for pushing her. The gym rat in her wouldn’t hear it, but looking back, she now said she would have been better off resting.

“If you have signs of concussion, get checked out before you make it worse,” she said. “My symptoms now would not be so bad if I had taken the time off.”

Kristin Sitte, an assistant athletic trainer at UW – Platteville, helped Lauren commit to recovery. She said for some, rest is the only way to recover from head injuries.

“What is typically consistent is if the presence of physical activity and mental stimulus remains, symptoms are usually exacerbated and the recovery process is often longer,” she said.“We often see concussions as this injury that keeps us off the field or the court, but it is also an injury that affects relationships, academic work, careers. Return to play protocols are extremely common, but return to learn protocols are equally as beneficial in recovery.”

Lauren has seen specialists. She’s had her eyes checked, prescription drugs, oils and natural healing. She’d like to try acupuncture, but she’s afraid of needles. She continues to look for solutions, but if she’s ever going to heal completely, it will most likely come down to time.

While she waits, she’s trying to sound the alarm for other students, athletes, and parents. In May she gave a presentation at Gibraltar High School about her struggle. She had two messages – “wear helmets, no matter what,” and if you suffer a head injury, take it seriously and give it time.

“I hope that message is sitting in the back of their heads one day when it happens to them,” she said.