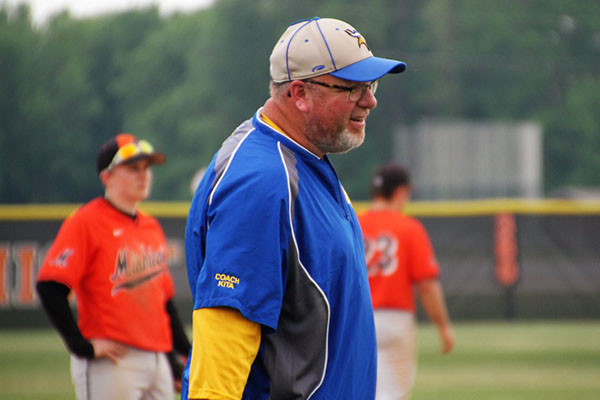 Jay Kita is starting his 21st year of coaching the Gibraltar High School Baseball team, where he has built a stong program that routinely wins regional titles. Submitted.

It’s a typical spring morning in Northern Door. At 7 am, perhaps the early-bird tourists are out for a foggy jog as the sun is climbing off Lake Michigan’s horizon. Maybe a Gills Rock fisherman is checking his nets, or the high school students are stirring in their beds with graduation on the brain. And Jay Kita — longtime Gibraltar High School baseball coach and Piggly Wiggly manager — has been at work since 4:30 am, well before sunrise.

Such is the life of one of the Door County community’s legends-in-the-making. When a typical day involves running an oft-visited business, raising four children and coaching one of the most successful athletics programs Gibraltar has ever had, an early start is essential. Kita, a northern Door native and 1989 Gibraltar High School graduate, begins and ends his spring days thinking about baseball. At 2:45 pm on a game day, with about 10 hours of Pig time behind him, Kita sits down to write his lineup.

“If it’s an away game, though, I’ll do the lineup on the bus,” he said. “There are some nights, like last year when we played a double-header in Peshtigo, when we didn’t get home ’til midnight.”

Although that schedule may sound grueling or borderline insane to most people, Kita reports it with a twinkle in his eye and a half grin on his lips. Baseball is not just his passion. It’s as natural and ingrained as breathing, as deeply rooted in his family as the land. As Door County farmers, the members of the Kita family have been working the county’s soil for generations. Kita is starting his 21st year of coaching Gibraltar baseball, and he acknowledges that love of the sport is at the core of his joy.

“I always loved Gibraltar baseball. I was a manager in 6th, 7th and 8th grade. The route you took as a manager was that you were really a part of the team,” Kita explains. 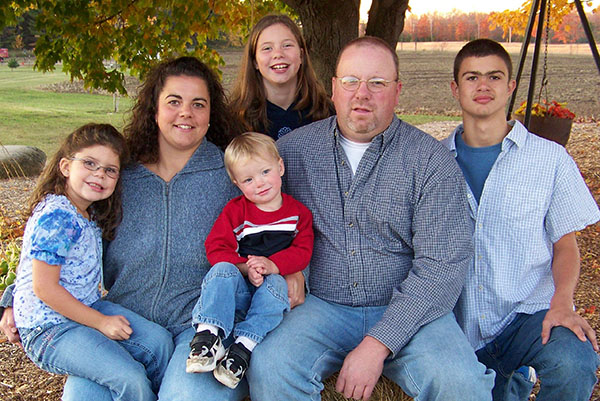 After a successful high school career playing the game under the legendary coach Rodney “Chief” Billerbeck, Kita found himself working as an umpire while attending college. That is until former Gibraltar head coach Paul Woerfel offered him a job in a pivotal season, when the team earned its first trip to sectionals in years.

“The biggest thing that I enjoy is really seeing the smiles on the kids’ faces,” Kita said. “I’m one that really loves to see the kids having a good time. That doesn’t mean I don’t push the kids, but my rewarding moments are when some of the not-so-great baseball players get hits or make plays and stand on the base and smile and clench their fists. That’s the greatest thing.”

For Kita, baseball is a family tradition. His wife, Brenda; and children, Nick, Lauren, Karlee and Braden, have all been deeply involved in the Gibraltar baseball and softball programs. Nick, a 2014 Gibraltar graduate, had a successful tenure in the program and went on to play baseball at Ripon College.

“Being able to coach your son and see him be such a great player was a really proud time,” Kita said. He spoke of their car rides home from games as times to reflect: “We had the kind of relationship that when I was here, I was the coach. I wasn’t his dad. When we hit the Greenwood Supper Club, then I was his dad. We had our boundary.”

In 2013, when Nick was a junior, the team won one of three Packerland Conference championships that the program has earned under Kita’s leadership. The players went on to win a regional championship that season — one of seven during the last two decades. Anyone who takes a walk out to Billerbeck Field and sees the championships listed on the outfield fences can attest to the program’s impressive accolades. However, what strikes most people about those who know Kita best is his character.

Kent Sitte, a longtime Gibraltar coach and friend of Jay and Brenda, describes him as a caring person.

“Jay is a very humble man,” Sitte said. “He doesn’t care about getting credit for his team’s accomplishments. He just wants the kids to have a fun and positive experience.” 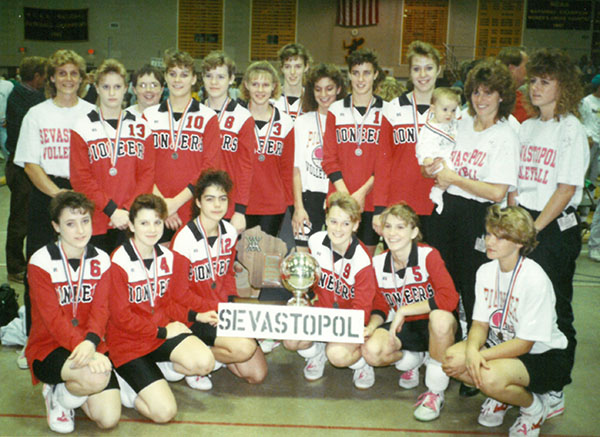 Brenda Kita was an accomplished athlete in her own right, going to state as a member of the Sevastopol Pioneers volleyball team in 1990. Submitted.

And anyone who knows Jay even remotely well knows that the one who keeps him going, quietly working behind the scenes, is his wife, Brenda. A 1991 graduate of Sevastopol, she first caught Jay’s eye at a basketball game her junior year. Three years later, they were married. When asked, is there a piece of the Jay Kita puzzle that’s integral to telling your story? Without hesitation or qualification, Jay pointed to Brenda.

Brenda, a former Gibraltar softball coach and state runner-up volleyball player, has a storied past in athletics herself. Sitte explained her role as Kita’s partner.

“The best way to describe Brenda is involved, helpful, and caring,” he said. “We often wonder how Brenda gets everything done and is so organized in doing so.”

Their work in the community is wide-reaching, and Jay pushes his athletes to be active members of the Door County community as well.

“My belief is that we have such a great community that I want all of the kids to give back to it. We try to do anything and everything we can for anybody,” he said.

The Kitas demonstrated this community involvement in late summer 2016 after a tragic boating accident involving Gibraltar student-athlete Sten Kordon. With the help of Bruce and Jill Alexander, the Kitas organized a benefit in fewer than two weeks that raised more than $50,000 for the Kordon family. Hundreds of community members streamed in to Alexander’s restaurant and were served by football and baseball players and numerous volunteers — all in support of the Gibraltar families affected by the accident.

On Nov. 6, 2018, Jay and Brenda celebrated 25 years of marriage. The legacy they’ve created together — whether you consider their four children, their thriving business or a successful baseball program — continues to fuel their community-focused mindset. Perhaps Kent Sitte said it best:

“Somewhere under that tough-guy persona is a man with a huge heart.”