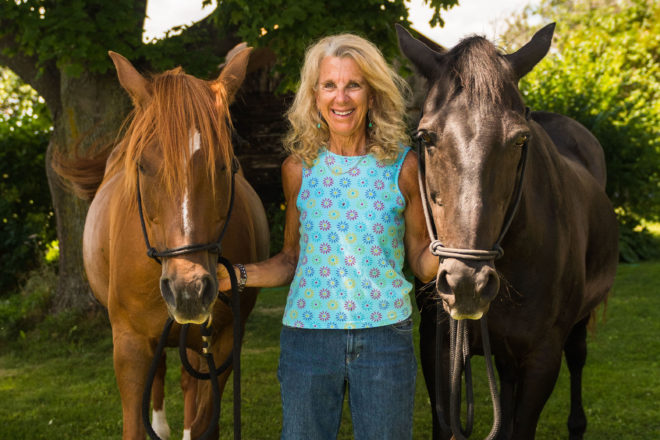 How does one change the world?

The question is as slippery and intangible as many of the answers one is likely to receive. But if you ask Leslie Leline, Peninsula Preschool’s lead teacher, while sitting in the breeze on her farm, drinking sun tea and munching garden peas, looking down at her horses grazing and twitching their tails, the simplicity and verity of her response is enough to turn that complicated question into a genuine solution.

“What I teach is respect — respect for yourself and respect for other people and respect means compassion, acceptance, kindness, self-discipline…so that when you grow up with that, you’re a tolerant, problem-solving, compassionate human being. That’s how you change the world.”

Leslie Leline, called Ms. Leslie by Door County’s three-year-olds and 50-year-olds alike, has been working with Northern Door’s preschool children for 30 years. Some people refer to her as a “miracle worker” when it comes to children and horses. Hang around these parts and its people long enough, and you’ll meet any number of former students and parents who refer to her as one of the most influential people in their life 10 or even 25 years later. You may overhear someone sitting at a nearby table at a restaurant say to their own child, “What would Ms. Leslie want you to do?” You may witness the outpouring of support and love people heap upon the school that she has made her life’s work to be open to the county’s children. And of course, like most passionate and talented leaders, when she’s told what an inspiration she is, she points out that she’s the lucky one.

“For me to have the luxury and honor of being in a room for 30 years at the preschool and being able to make a positive impact on how kids think about themselves, it makes me cry. I’m really lucky.” 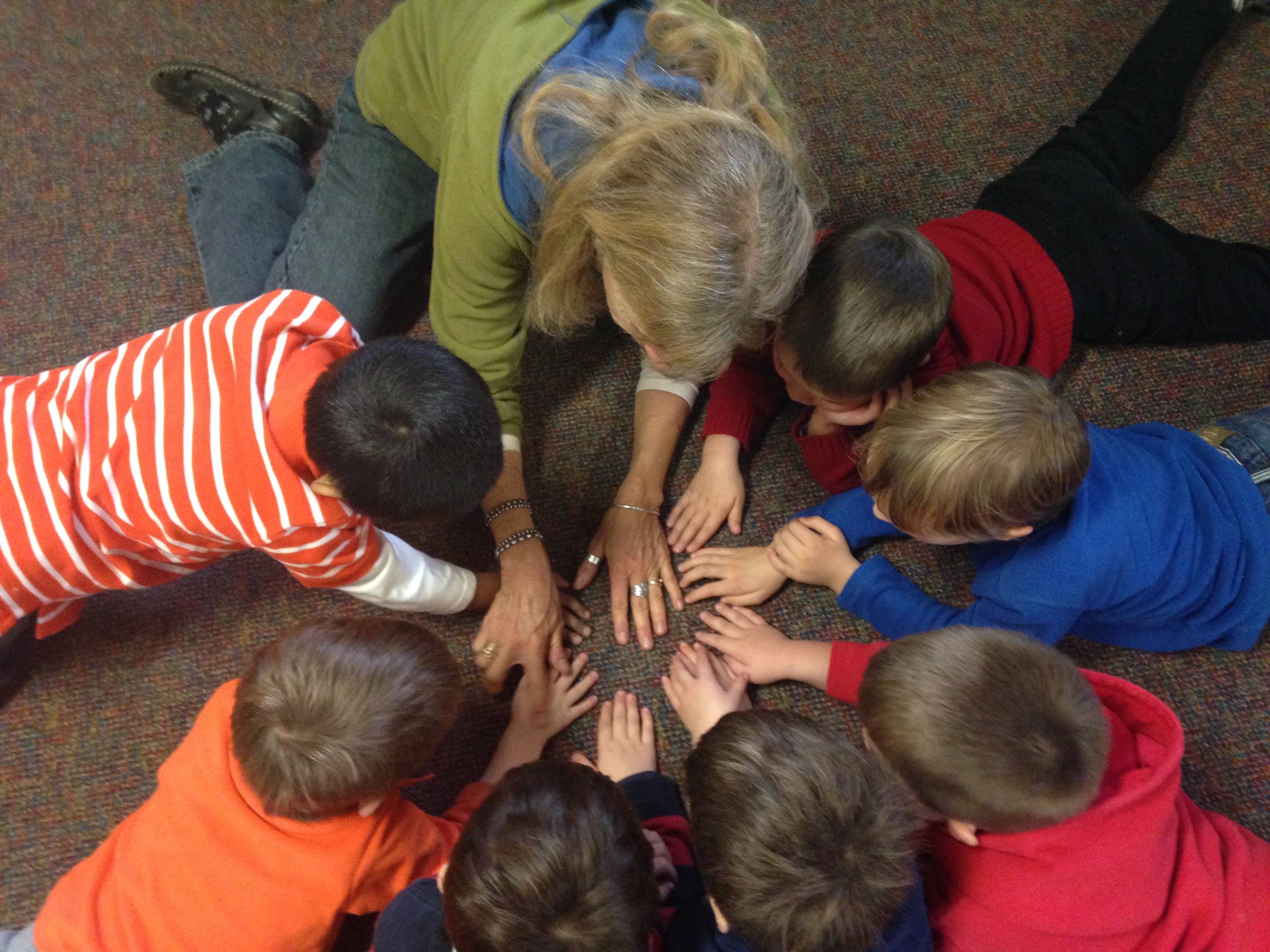 Leslie and her students. Submitted.

Leslie and her husband Paul, a retired Sevastopol science teacher, have lived on the farm they’ve remodeled and built for just as long. Today, the farm is home to their horses, dog, cats and chickens. Back when Leslie and Paul fell in love and married, Paul liked to joke that he needed to say “I do, I do, I do, I do,” once for marrying Leslie, and three times for the horses she owned. Being a preschool teacher is only part of the work that Leslie does. She also works with troubled horses and their riders, teaching them many of the same skills she teaches her preschool students.

“When those horses come to me, they’re like kids who’ve joined a gang. They’ve been so abused, and they have to do what they have to do to survive. When they come here, I have to be that safe herd leader. I start over. With horses and with kids at preschool, we acknowledge their emotion first, and then just state the fact: ‘It’s never OK to grab.’ Then just breathe. And as soon as you do that, the kid’s like, ‘oh, there’s no temper, there’s no nothing?’ Then you can start to problem solve and try again. When you take the judgment and temper out, that’s how you get back to kids and horses.”

This kind of compassion and sturdy love is what those lucky enough to spend time with her are witness to. Leslie and Paul, through education, have touched the lives of so many children, including their own two daughters, now grown, Caitlin Hatch and Erin Leline. Leslie calls her children the center and light of her life.

“She always made sure my sister and I grew up believing in ourselves and believing we could do anything we put our minds to,” Hatch says. “She filled us with adventures, self-confidence and empathy. And she encouraged us to travel, live overseas and embrace other cultures and lifestyles. We learned to rely on ourselves and to be proud of ourselves even if we made mistakes.”

Leslie herself has lived a life of great adventure. She grew up on the near north side of Chicago near the Lincoln Park Zoo, remembering that she could hear the seals barking in the morning when she woke up. The director of the zoo lived in her building, so Leline recalls ailing or newborn animals that he’d bring home to care for, like a lion on Christmas Eve or a baby gorilla in a diaper that Leslie got to babysit. She cites these experiences as formative in fostering her love for animals.

Later she would begin her education at Lawrence University, spending one school year in London and thumbing around the British Isles, another in Colorado, some time traveling in Nicaragua, another school year at University of California — Davis, before finishing her degree at Lawrence in Art Education. She had spent her childhood summers in Door County, so the move was a natural one. One of her first jobs here, other than waitressing, was a challenging one.

“I got a job teaching parenting skills to parents who had abused their children and were court ordered to go to parenting classes, but wouldn’t show up to class. So they sent me into their homes to do the class. They didn’t have the luxury of having an education of other ways to conduct themselves. So I thought the way to break that cycle is to get to the three-year-old. That’s when I got really involved in early childhood education.”

Her tenure at the Peninsula Preschool has touched not only the lives of children, but parents as well. In 2010, Leslie was named Wisconsin Early Childhood Teacher of the Year and in 2008 she wrote a book titled The Parent Handbook:  A Quick Reference Guide to Positive Communication During Difficult Moments. Peninsula Preschool Board President and parent Kelly Fagundes notes the importance of Leslie’s legacy.

“I believe that Leslie’s legacy is the foundation she provides children at a very pivotal time in their development. She teaches children to embody confidence, to be caring and to be respectful of themselves and others. Students carry these qualities with them forward in their education as they develop into adults. Every child should have the advantage of a Leslie Leline to provide such a strong foundation for navigating through life.” 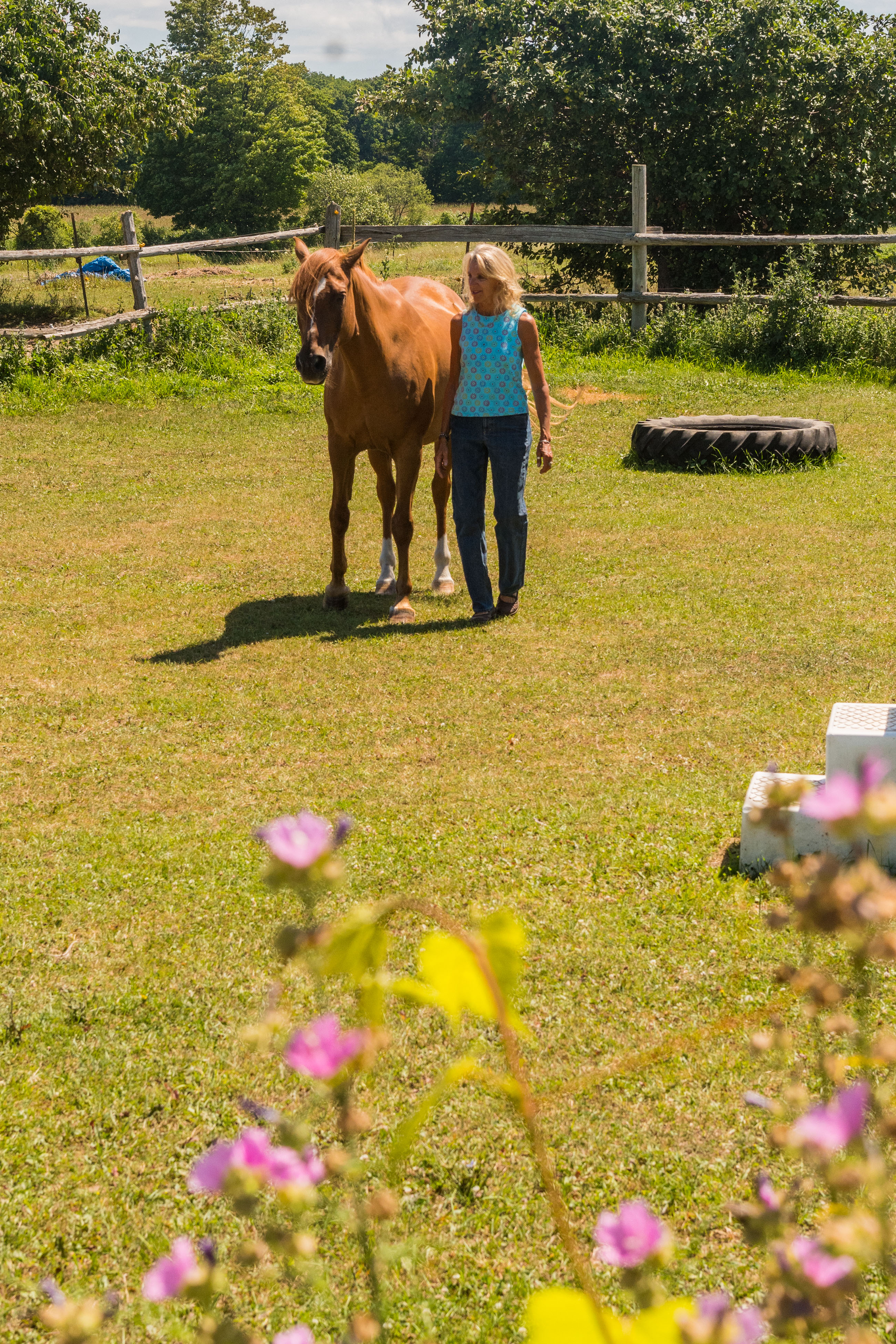 People often ask what makes Door County so special and so unique. It is my resolute belief that it is the people here. The landscape is varied and stunning and the culture is rich, but it’s the characters and individuals who are its beating heart. I wouldn’t say it’s reaching too far to suggest that so many of the county’s incredible people got that way, in part, by absorbing the soft glow of Leslie’s legacy:  compassion, acceptance, and kindness.