A graveside service is being planned for Saturday, April 18, 2015, at Little Sister Cemetery in Sister Bay. A complete notice will be made available in several days. Caspersonfuneralhome.com.

Peggy Ann Hermsen, 50, of Sturgeon Bay, died at her home on April 7, 2015. She was born on July 14, 1964, in Texas. Peggy worked in customer service at Therma-Tron-X for 22 years. She enjoyed traveling, warm weather, campfires, and especially spending time with family and friends. She also loved horses and her dogs. A memorial service will be held at 7 pm Friday April 10, 2015, at the Forbes Funeral Home, Sturgeon Bay. Visitation will be from 4 to 8 pm at the funeral home on Friday. 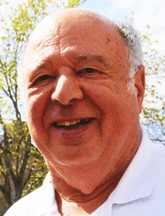 Chuck Buccola, 75, of Sturgeon Bay, died on April 6, 2015. Chuck worked as an architect, contractor and commercial developer in the Chicago area for many years. He and his wife, Mary, moved to Sturgeon Bay in 1983 and later owned and operated Leathem Smith Lodge for a number of years. A visitation will be held on April 16, 2015, at Forbes Funeral Home, Sturgeon Bay, from 4 to 7 pm. In lieu of flowers memorials may be directed to “Make a Wish Foundation” or a charity of your choice.

Helen M. Grun, 90, of Sturgeon Bay died at Whispering Heights CBRF on April 5. She was born Nov. 17, 1924, in Sturgeon Bay, the daughter of the late Alfred and Myrtle (Karnitz) Voeks. On Oct. 30, 1943, she married Donald F. Grun. He preceded her in death on June 20, 2002. Helen and Don farmed and had a farm market for many years. She also owned and operated Grun’s Home Furnishings in the early ’70s. She also was the librarian for the Sturgeon Bay Library Toy Division for seven years. Offer condolences at huehnsfuneralhome.com.

Lois E. Wendhack, 85, of Sturgeon Bay, died April 4, 2015, at Golden Living Center-Dorchester. On Sept. 11, 1947, she married Fredrick “Fritz” Walter Wendhack. He preceded her in death on Sept. 24, 2010. Funeral services will be held at 1 pm on Saturday April 11, 2015, at Huehns Family Life Tribute Center, Sturgeon Bay. Friends may call at Huehns on Saturday from 11 am until the time of services. Memorials may be made in her memory for COPD research. 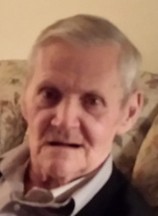 Edward A. Meyer, 86, of Sturgeon Bay, died April 3, 2015. Eddie was proud to have served in the Merchant Marines as a cook. He had a lifelong love of food and cooking. In later years, Ed moved to Sturgeon Bay and worked as a house painter and handyman. After he retired, he lived above Mr. G’s Restaurant and became such good friends with the owners Bob and Mary that he helped them out with peeling potatoes and mowing the lawn. Funeral services were held April 9. Forbesfuneralhome.com. 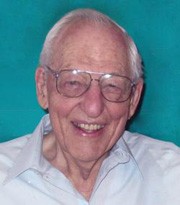 Mont S. Johnston, 97, of Sturgeon Bay, died April 3, 2015, at Anna’s Healthcare CBRF with family at his side. Arrangements are pending at this time and have been entrusted to the care of Huehns Family Life Tributes in Sturgeon Bay. Condolences may be offered on Mont’s tribute page at huehnsfuneralhome.com. 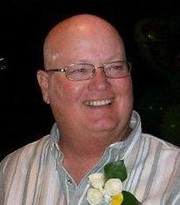 Margaret Rosalie Fierce, 92, of Sister Bay, died at her home on April 1, 2015. She married Francis Marion Fierce on June 30, 1946, and they resided in Downers Grove, Ill. She worked in her husband’s dental practice and after his retirement they moved to Sister Bay, where Margaret worked at the Hayloft gift shop until she retired. Funeral service was held April 7. Online condolences may be offered at caspersonfuneralhome.com. 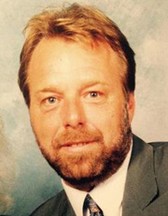 Peter Henry Landstrom, 60, of Sturgeon Bay, formerly of Sister Bay, the Florida Keys and parts unknown, died March 31, 2015, after a short battle with cancer. Peter was a selfless person. He donated his body to UW-Madison Medical School, quipping, “I always wanted to go to college!” There will be a remembrance party for Peter at the AC Tap, Baileys Harbor, on Saturday, April 25, 2015, from 1-4 pm. Food, drink, music! He would want it no other way. Condolences may be offered at huehnsfuneralhome.com.