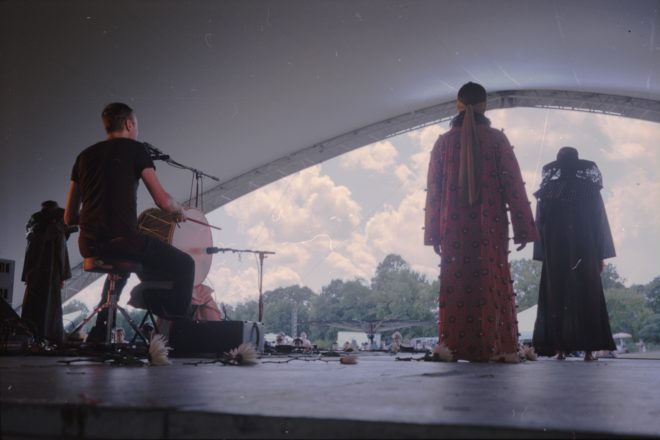 Current and former Milwaukee Ballet dancers collaborate in an evening of live music and dance with experimental artists Jon Mueller (composer) and Dawn Springer (choreographer). The music in the performance was originally written and recorded in 2010 by Mueller for his record The Whole. For this performance, it has been reimagined for piano, percussion and voice by Mueller and David Utzinger.

This project will mark Mueller and Springer’s fourth collaboration. Previous commissions have included two consecutive projects with the Eaux Claires Music and Arts Festival, as well as the 2017 Dance Series at Lawrence University and in Real Time at the Urban Ecology Center in Milwaukee.

The performance is set for Aug. 19, 7 pm in the Donald and Carol Kress Pavilion, located at 7845 Church Street in Egg Harbor. There is a $20 suggested donation, cash only at door. For more information visit kresspavilion.org.