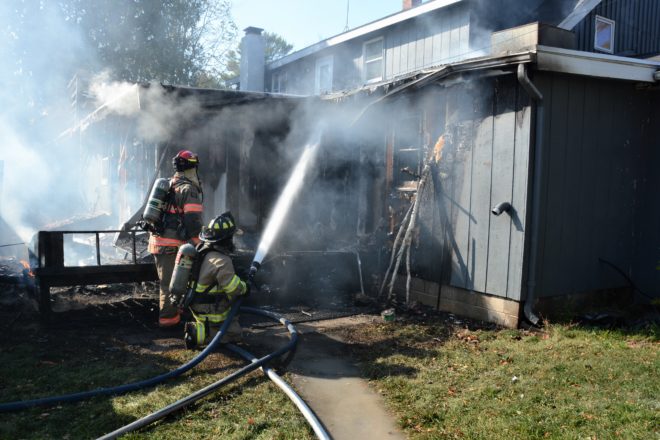 Firefighters work to put out the flames at the fire at Mr. G’s Supper Club in October. Tad Dukehart.

The Door County Sheriff’s Office has arrested a Sturgeon Bay man for arson in the fire that caused extensive damage at Mr. G’s Supper Club on Oct. 23.

The Door County District Attorney’s Office has charged Jonathon J. Polich with two counts of arson to a dwelling. He is being held in the Door County Jail on $250,000 cash bond.

In a press release the Sheriff’s Office said it was assisted by the Wisconsin State Fire Marshall’s office in locating potential evidence that led to the arson investigation.