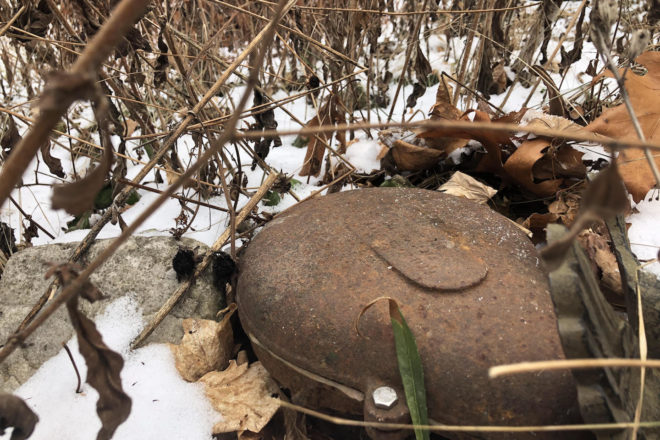 Well-water testing takes on great importance in Door County because the county’s unusual geology allows surface water to travel quickly –  either straight down to the groundwater or by stairstepping down fissures and fractures diagonally to the groundwater several miles away.

This vulnerability has caused Door County officials to try for years to persuade more people to get their wells tested. The message may have partly “sunk in” last year when 295 well owners submitted samples for bacteria testing, with 288 also requesting nitrate tests. This was twice as many residents and well owners as had submitted water samples in 2019.

The testing was part of a cooperative study among the Door County Soil and Water Department, the Door County sanitarian and the University of Wisconsin-Oshkosh’s Environmental Research and Innovation Center.

“I’m pleased with the participation because our goal is twofold, and if we have more people participating, we’ve reached people about the importance of having tests on a regular basis,” said Erin Hanson, county conservationist.

In addition to persuading people to test wells for their health, the county officials and university researchers are working to assemble a solid database and maps of test results.

Though there were more samples tested in 2020, the results showed a slight decrease in the percentage of samples containing bacteria (total coliform) compared to fall 2019 results.

Countywide, only two wells showed a trace of E. coli. About 5 percent of wells statewide have some trace of the bacteria, according to a Wisconsin Groundwater Coordinating Council Report.

Given the serious illness that E. coli can cause, “you can’t have any present,” said Greg Kleinheinz, director of the UW-Oshkosh Environmental Research and Innovation Center.

Slightly high levels of other coliform were detected in wells in various locations.

“The elevated levels [of total coliform] in some wells could be due to failing septic/holding tanks,” said Carmen Thiel, lab manager of the UW-Oshkosh Environmental Research and Innovation Center. “It could also be due to an outside source – horse/cow pasture near a well, manure spreading, presence of wildlife/pests inside or near a well, etc.”

The UW-Oshkosh report generated maps showing elevated nitrate levels in a few wells near the Green Bay shore and the bluffs north of Sturgeon Bay. The regulatory limit for nitrate in well water is 10 parts per million (ppm). Nitrate at more than 10 ppm was found in two of the well samples. Thirty-four others had levels between 5 and 10 ppm – levels at which an owner should test twice per year, Kleinheinz said.

High levels of nitrate in well water often result from improper well construction, well location, overuse of chemical fertilizers or improper disposal of human and animal waste, according to the Centers for Disease Control.

Only one well, several miles south of Sturgeon Bay, was found with a high level of arsenic (greater than 10 parts per billion). The naturally occurring element was found in some wells at relatively low levels in a small area west of Lake Michigan, northeast of Sturgeon Bay and south of Jacksonport.

However, arsenic can also linger near old orchard sites, she said, because of the pesticide lead arsenate, which contains arsenic and was used prior to 1988. That year, the EPA officially banned all insecticidal uses of lead arsenate in the United States. New orchard sites should not have issues with arsenic contamination, Thiel said.

The testing this year was conducted through test kits sent by mail, along with online forms for the participants to fill out. Heavy participation came from a couple of homeowners’ associations, such as one north of Sturgeon Bay along the Green Bay shore. No tests came in from a couple of rural, nine- to 12-square-mile areas in the center of the peninsula north of Sturgeon Bay.

“We’re hoping to encourage more participation from all parts of the county,” Hanson said.

The testing was conducted in October, but another test could be done this spring, when different weather conditions can result in different well-water quality.

Hanson encourages all well owners to have annual tests and to test anytime a sudden change in taste, odor or coloration of water occurs.

Kleinheinz said tests can help well owners determine what type of action, if any, they need to take, from well or well-casing replacement to a simple installation of a vermin-proof well cap.