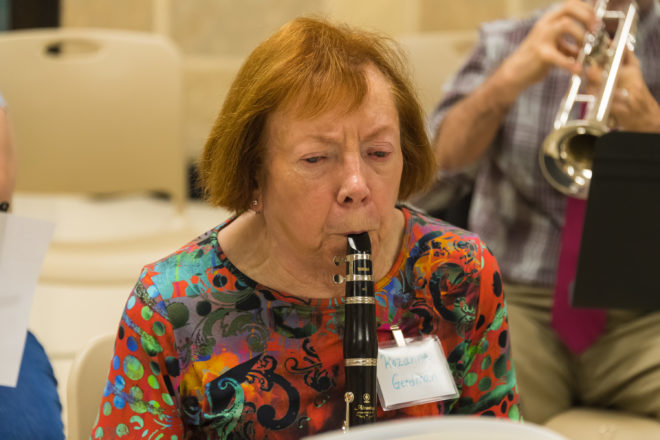 At some point in your early school years, you probably walked into music class to see an array of instruments laid out before you. One by one, with the help of your music teacher or band director, you tried them all and picked one. Some put it away after the first rehearsal. For others, it developed into a lifelong skill and hobby.

With the Peninsula New Horizons Band, those instruments are belting new life decades after their last performance.

“Music, like all the arts, is what makes us human,” said Paula Eggert, director of the Peninsula New Horizons Band. “It gives us a chance to express ourselves in a lot of different ways where words might not be appropriate.”

Eggert and her growing group of bandmates are giving that chance to the county’s older population, one that sometimes struggles to participate in society and be heard.

The Peninsula New Horizons Band, a chapter of the New Horizons International Music Association, provides lessons and performance opportunities for adults with little or no music experience. Eggert, like those she instructs, had no idea how much the group would mean to the health and wellbeing of its members. 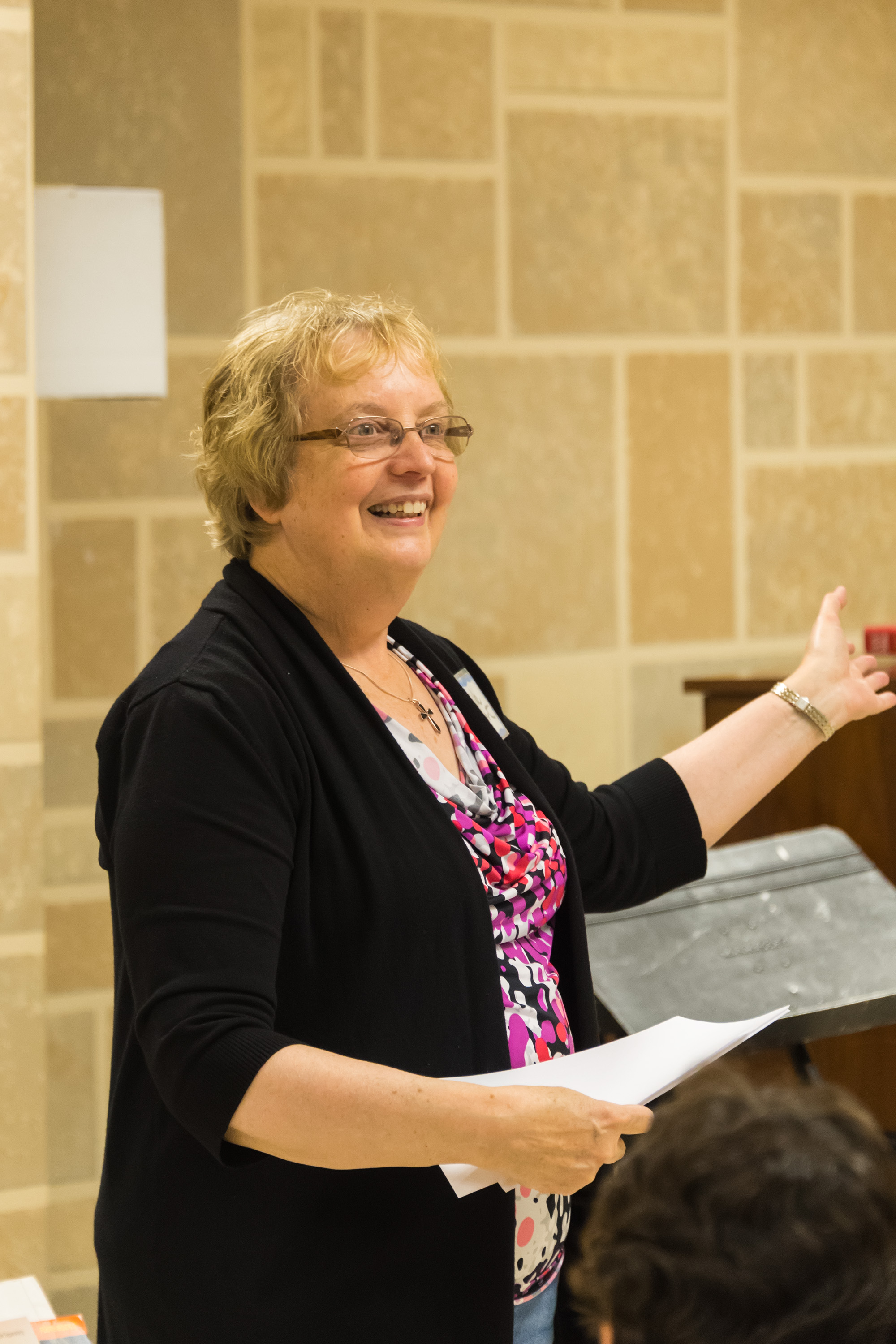 “When you retire from something, that is your whole social structure sometimes,” said Eggert, who helped found the group after more than 30 years as an accompanist and instructor of the Sturgeon Bay High School music program. “There’s another part of New Horizons that really meets that need about socialization and friendships. You’re making friends with people you wouldn’t have any other contact with except you have this common desire and joy for music.”

“I needed an outlet,” said Rozanna Gerdman, who joined shortly after her husband died. Gerdman played clarinet from 7th grade through college, but the 83-year-old hadn’t picked up the instrument in 60 years.

Eggert’s enthusiasm for the program and music in general would be parodic if it weren’t so genuine; her bright eyes and pitch rising with excitement between sips of her decaf latte. She reserves most of this enthusiasm for her belief in the power of music to extend and improve the life of her retiring students.

Eggert recalled stories such as Gerdman’s or the man who had a lifelong dream of playing in a band but no way to achieve it before he found the group.

“Paula has the patience of a saint with all of us,” Gerdman said. “Her enthusiasm continues through everyone else.”

“Tackling something new is part of this whole awareness of how important it is to be active as an older adult,” Eggert said, recalling a series of studies showing an active and musical brain can help stave off dementia and Alzheimer’s while continuing development of speech recognition and cognitive function. “Within the New Horizons music concept, not only are you being challenged physically, because you have to think new thoughts and learn how to coordinate what your brain is telling you… breathing, counting and concentration.”

Eggert attributes much of the group’s success with the structure of the national organization, founded in 1991 by Professor Roy Ernst at the Eastman School of Music in Rochester, New York. After Eastman, the University of Wisconsin — Madison started the second chapter.

“We have our little chapter but there are band camps all over the country that are open to all New Horizons students,” Eggert said. The national organization provides a resource and foundation for other groups to grow.

Changes in the way band music is published has helped the group sustain a wide variety of abilities.

As more schools cut funding for their music programs nationally, schools began consolidating age groups. Music publishers were faced with the task of providing sheet music that would be challenging enough for eighth graders but not too difficult for the fifth graders sitting in the row behind them. 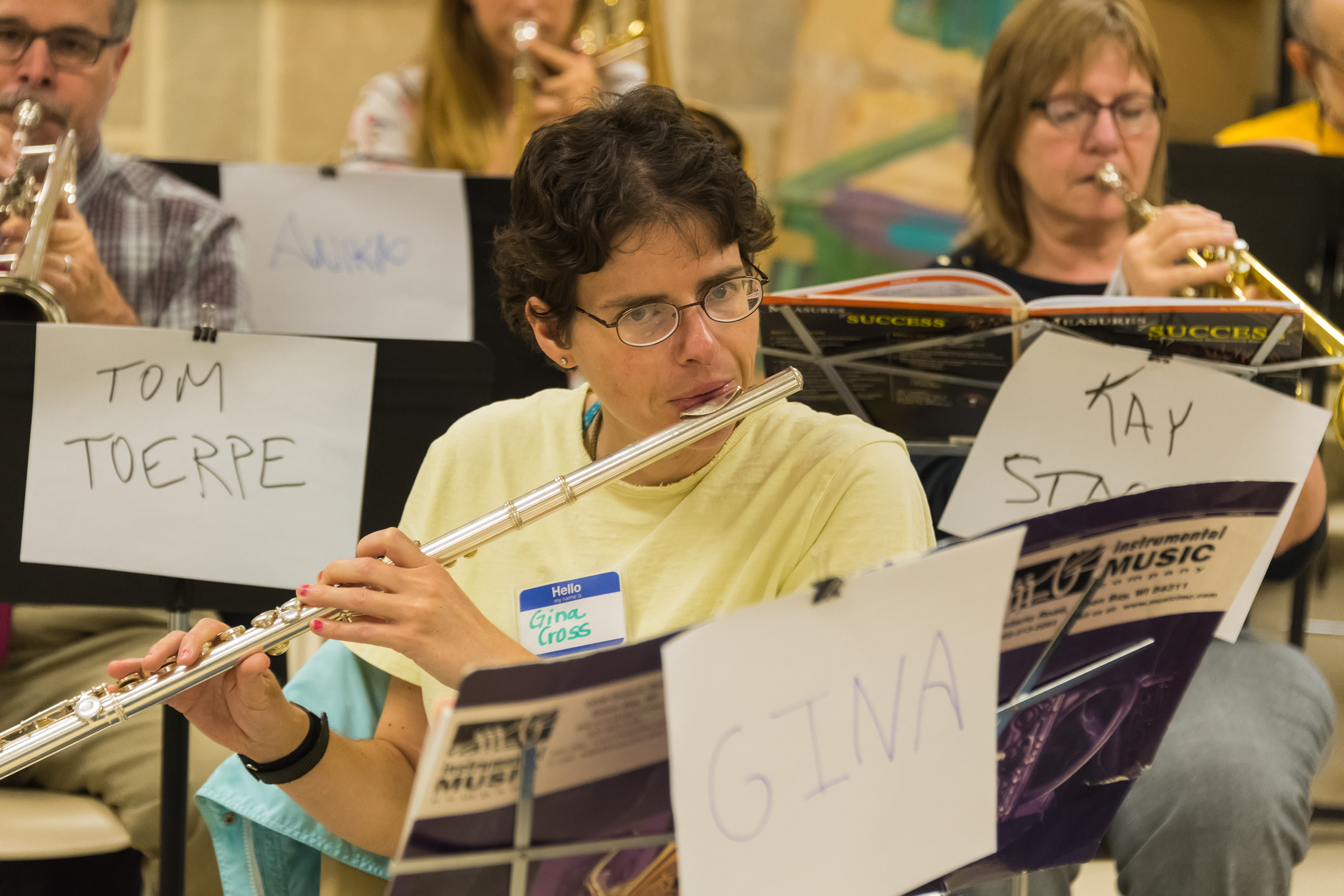 “They’ve developed music that is four or five parts and that works really well into the New Horizons concept,” Eggert said.

After a few months of lessons and practice, Eggert is adamant about getting on stage, whether that means the grocery aisle of Econo Foods or sharing a concert with the Sevastopol choir. Music is a performing art, after all.

The performance makes some of the newcomers nervous but Eggert, with the same zeal she used to cajole her stubborn high school students, reassures them.

“You have to be very brave,” Eggert said. “This doesn’t have to be perfect. It’s just the idea of tackling something new.”

About one-third of the students in the Peninsula New Horizons Band have never played an instrument before. They start from scratch reading music and finding an instrument they want to play. They master simple tunes first and stumble through traditional marches, always learning.

For some, it develops into a lifelong skill and hobby.