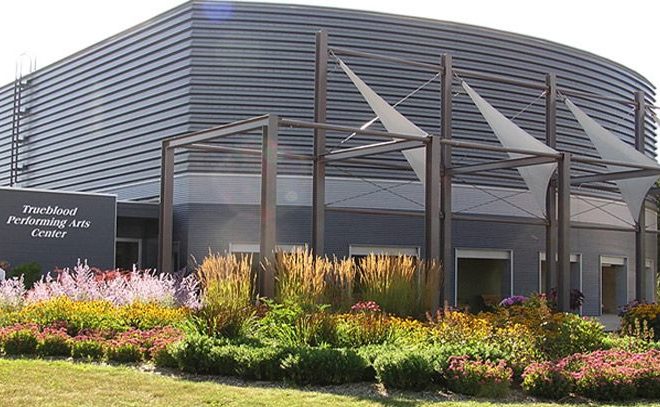 Washington Islander Julian Hagen has worn many hats over the years: farmer, fisher, landscaper, cabin builder, restaurateur, musician and real estate broker. Typically, this career path might not include becoming the director of a large performing-arts venue, but Hagen’s status among island locals and his lifelong involvement in the art and music community have made him the right choice to lead the Trueblood Performing Arts Center (TPAC).

Most of the previous TPAC directors were from off-island, and Hagen’s appointment was an intentional shift to a different leadership approach for the theater: putting someone in the role who has a deeply rooted understanding of the island to act as a conduit to the community.

Hagen said he accepted the job only on the condition that the selection committee would promise to (politely) send him packing if someone better came along, demonstrating the very humility and dedication to doing what’s best for the community that make him perfect for the role.

Hagen has been involved in arts on the island his whole life and was part of the group of islanders who were involved with TPAC’s opening 16 years ago.

During normal times, the performing-arts center is mostly a music venue that puts on 30 music shows annually in a diverse range of styles; orchestrates the Washington Island Music Festival – a two-week festival with concerts and educational events; and hosts smaller events, including talks and songwriting workshops.

The main season typically includes concerts on Saturdays during the summer months, plus Veterans Day and Memorial Day programs. During the winter, there’s usually a Christmas show performed by the school’s students or a theater production put on by the Island Players.

“The theater is a community center,” Hagen explained. “It can be used for so many constructive conversations, and in this time of division and anger, it can bring people together for a common cause of arts – helping one another and working together.”

The pandemic made TPAC’s goal of being a community-connection place a sudden reality in March 2020, when the town started using the building for meetings because of the need for increased distancing, and the Catholic church used the space for worship.

These community uses further solidified the structure’s necessity, but the structure itself became one of the barriers to holding concerts during 2020, when people were unable to sit in its close quarters. With indoor events impossible, the performing-arts center moved its shows outside to the front lawn, setting up the sound system in front and playing toward the road so people could sit in their cars to listen with the windows down, or spread out on the lawn with a picnic.

Being outside made the events weather dependent, so it was logistically impossible to plan concerts with acts traveling from outside the county. The silver lining was that it allowed TPAC to focus on local talent – something that Hagen says community members enjoyed so much that it will continue this approach post-pandemic.

Focusing on local musicians and community engagement were the inspiration behind the performing-arts center’s new CD, Hold The Boat, Vol. 1. The compilation CD – featuring music donated by musicians who are from or have a connection to the island – was created to promote these musicians, give them an outlet for their songs and generate some exposure for TPAC during a time when putting on shows is difficult.

It’s not surprising that a CD organized by Hagen is also helping the community in another way. With the songs contributed for free by the musicians and the $6,500 in manufacturing costs donated by local businesses, most of the profits are going toward keeping TPAC afloat, and the rest is supporting the island school’s music program.

Funding for that program has come from the Washington Island Music Festival for the last 25 years, with Hagen involved since the beginning as part of the yearly benefit concert that has raised the $8,000-$10,000 that’s necessary to fund the entire school music program.

Three years ago, the benefit concert moved to the theater, but because of COVID-19, it could not happen in 2020. As a way to help offset that loss, Hagen has given the school CDs for the students to sell, and a percentage of each sale will go to the school to help fund the music program.

The CD is available for purchase at tpacwashingtonisland.com/shop. Buying it is a great way to enjoy local music talent, help the Trueblood Performing Arts Center and support the young musicians who will be the Julian Hagen’s of the future. It’s a win/win all round.