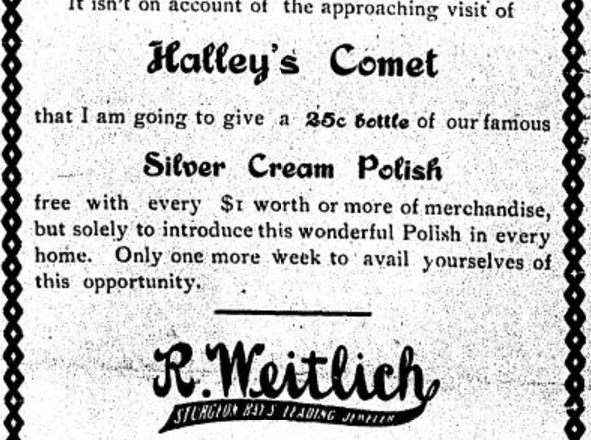 An artillery company is under process of organization in this place. We understand that the intention is to build a fort upon Hibbard’s Bluff at the mouth of the bay, and plant a cannon ball amid ships in every boat of the Goodrich line which attempts to “run by” this place without stopping.

The electric light poles were set during last week, just two days being consumed in the work. It was found necessary to blast out the rock in some places in order to get a hole deep enough to hold the pole, there being places where there was only about a foot of earth on top of the rock. The boiler for the plant arrived on Saturday and this and the engine have been placed in position, so that it will not be long before things are in operation.

Since the marriage license law went into effect, which was on May 5, 1899, one year ago last Saturday, county clerk Jas. Halstead has issued a total of 120 licenses, which means that there has been that many Door county brides united but not necessarily that many grooms as the licenses must be issued in the county where the bride resides. Out of the 120 licenses at least two-thirds have been issued to Gardner parties, that town having the largest number of marriages of any town in the county.

Twenty-five people availed themselves of the opportunity of spending Sunday out of town via the first passenger train to Green Bay. Passengers from intermediate stations added about seventy-five more to the list. While this does not indicate that people are falling over themselves to take advantage of the Sunday train never-the-less that amount of business seems to be satisfactory to the railroad people and meets their expectations at this time and is bound to increase right along when the weather is pleasant. It is reported unofficially that a Sunday train from Green Bay to Sturgeon Bay will be put on as soon as warm weather becomes settled.

Lester Dewey Erskine of Jackson-Port Answers the Call In France On April 30. 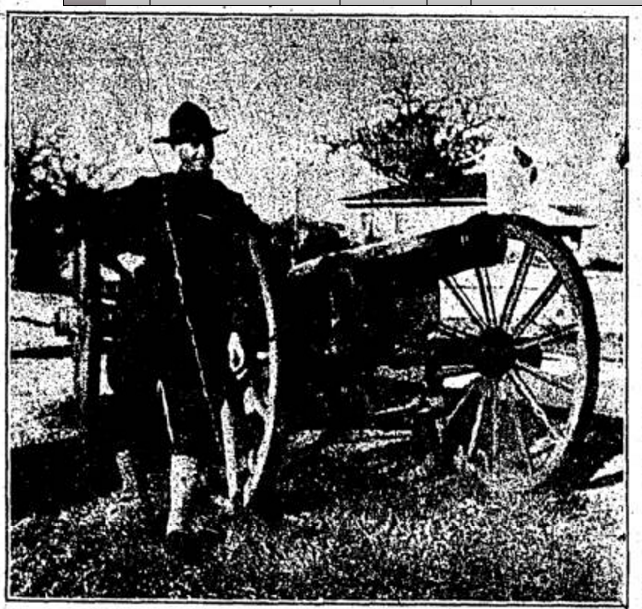 Door county has made its first sacrifice in the war in the death of Lester Dewey Erskine of Jacksonport.

The sad intelligence was received by the parents of the young man on Sunday by telegram.

Lester is a son of Mr. and Mrs. Linc H. Erskine of Jacksonport, where he was born on June 12, 1898, being less than 20 years of age. Lester was one of those patriotic and enthusiastic young Americans, and when his brother Fred signified his intention of joining the colors, he made up his mind that he would go.

As will be noted in an announcement published in the advertising columns of this paper, all the banks of the county have entered into an agreement to close their places of business on Saturday afternoon beginning on May 17th and ending on September 27th. Patrons of these institutions will govern themselves accordingly and transact what business they have to do on Saturdays in the forenoon during this period.

The CCC expansion program, announced in the daily papers last week, calls for an increase in the number of camps from 56 to 96, not including soil erosion camps, and the number of men from 11,000 to about 21,000. Of nine camps located in Wisconsin state parks, listed by Director C. M. Fechner, one for Peninsula State park in Door county is included, but it is understood that residents at Ephraim and Fish Creek have entered a protest against a camp being located there.