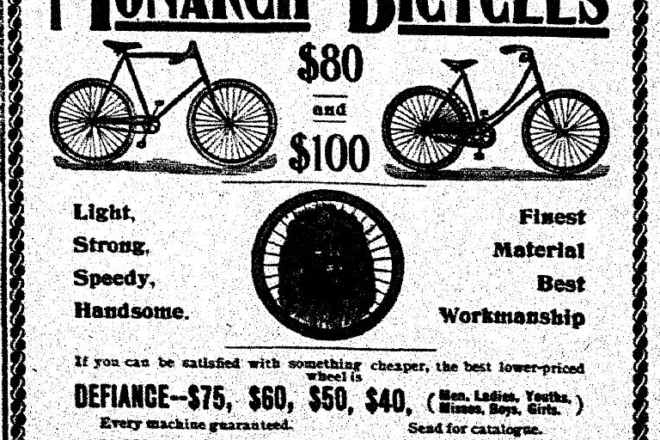 The occupants of the County jail not relishing the idea of waiting until next February for their trial made an unusual jump, aided by a strap, as boys will sometimes, and went up through the roof of the jail and landed on the outside of the building and vanished; since which nothing has been known of their whereabouts. The evidence is pretty clear that they took the road around the head of the bay for Ahnapee and at the appearance of daylight hid in the bushes; the next night they proceeded to Ahnapee, stole a boat, a half barrel of fish, robbed a hen-roost of a dozen chickens, and started across the lake toward the Michigan shore. They were helped to make their escape by some person who went with a strap and lifted them out through the roof, they being shackled so that they could not make much of a jump unaided.

Marinette and Menominee have got so lax in Sabbath observance that the clergy made a united protest in their sermons last Sunday. One of the local papers insinuates that many of the people against whom the thunders of the pulpit were directed, were on excursions to this city and other points.

The nomination of McKinley for president, with the promise of a higher tariff, is followed by this announcement, dated at Pittsburg:  “All the tin plate manufactories of the country closed down on Tuesday of this week, throwing out of employment, 25,000 men.” Here we are! The vast tin plate industry, employing 25,000 men, which came into existence after a democratic reduction of one-half in the tin tariff, became paralyzed as soon as McKinley was nominated for president, with a pledge to restore the old extortionate protective tariff on tin. Instead of reviving industry the promise of a McKinleyite restoration is killing industry.

There are 23 licensed saloons in the city, each paying $200 a year for the privilege of running their place of business, making a total of $4,600. It is rumored that there will be one or two more applications made for license before long.

Worried Over the War

Saturday, William Wickman of Maplewood, committed suicide, by cutting his throat and arteries in his wrist, and later by hanging. It is believed that his mind was unbalanced due to worrying over his financial condition, and being called in the next draft. He was also worried by stories circulated in reference to his loyalty. Although of German parentage, Mr. Wickman was thoroughly loyal, and the stories circulated against him were unfounded. To prove his loyalty and patriotism, although his farm, which he inherited from his father last fall, was incumbered with mortgages, he invested heavily in Liberty Bonds and contributed to the Red Cross and other war work.

Last week he was notified by the draft board at Marquette, Mich., that he would be called for military service in a short time. He could not understand how it was that he was not given an exemption on agricultural grounds as there was no one to run his farm if he was drafted, and he was the sole support of his mother and brother.

G.A. Huck was again arrested on Tuesday afternoon following a raid by the local police force in which five gallons of moonshine was alleged to have been found. On April 16 the Huck barn was raided and Huck was placed under arrest on the charge of selling to minors. He was bound over to await trial at the next term of circuit court.

Felix Fortemps, of the Fourth ward, was also placed under arrest on the charge of illegal sale of liquor.

Several hundred nature lovers will convene here this week-end for the annual meeting of the Friends of Our Native Landscape and the Wisconsin Federation of Garden clubs, with the Ridges Sanctuary as their gathering place. Mrs. Fred Traven, secretary of the Ridges organization, has received word that the Green Tree Garden club, and Nature club, Milwaukee, and several others are making plans to be here.

Gov. Julius P. Heil and the entire state legislature with their wives have been invited to be the guests of the convention.

Frank Oklenburg, president of the Ridges organization, is in charge of the arrangements.

Jens Jenson, Ellison Bay, widely known landscape architect, is to speak at the camp fire meeting, as is also A.M. Fuller, curator of botany at Milwaukee Public museum; George Sieker, Milwaukee; Prof. John Brann of the college of agriculture, University of Wisconsin, Madison, and a native of Baileys Harbor.