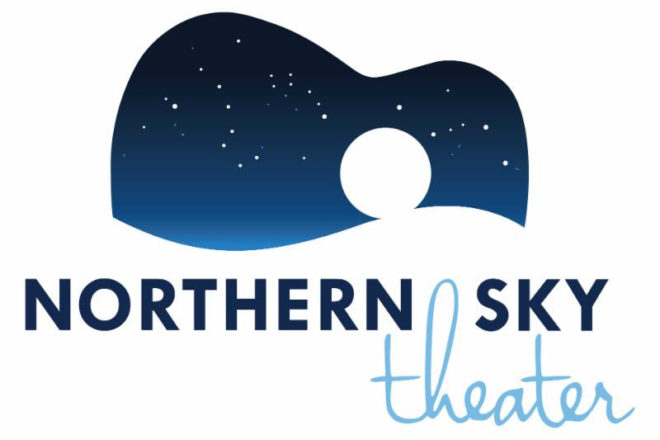 “It has been eight years since we’ve had the opportunity to debut a new show in the fall,” said Managing Director Dave Maier. “The last time, when we premiered Guys & Does as our fall show, we had multiple sold-out performances.”

Naked Radio will be Dave Hudson and Paul Libman’s seventh musical written exclusively for Northern Sky. This time they bring audiences the story of a small radio station that gets swallowed up by a corporate parent where the local DJs are relegated to obscurity. When a snowstorm knocks the power out and the station loses its tie to the pre-programmed feed, the guys have to punt, and a rejuvenated station brings back spontaneity and joy to the community it serves.

The cast of three includes Scott Wakefield, Molly Rhode, and Chase Stoeger, all Northern Sky veterans. The trio will also provide all musical accompaniments for the show, arranged by Alissa Rhode.

“Scott returns after being featured in a number of Northern Sky concert shows. His impressive credits include appearances in multiple Broadway musicals, including the original cast of the Tony-nominated, Hands on a Hardbody,” states Artistic Director Jeff Herbst. “We are very glad to have him back in the fold.”

Tickets are currently for sale at NorthernSkyTheater.com, at the Northern Sky box office at the Green Gables shops in north Ephraim or by calling 920.854.6117. May office hours are 10 am to 4 pm, Monday through Friday. For specific performance information visit northernskytheater.com.