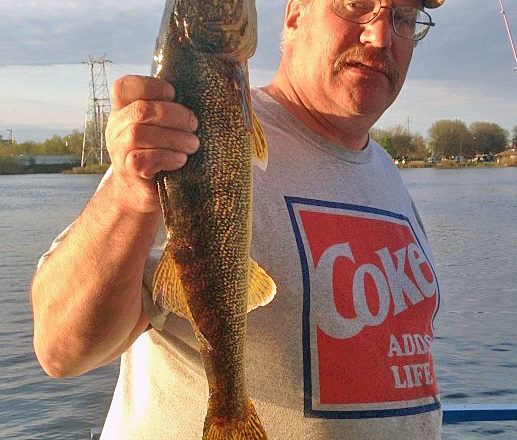 Chad W. Gauger, 46, of the Town of Silver Cliff in Marinette County, formerly of Sturgeon Bay, passed away at his home early Thursday morning, September 8, 2016.

He was born August 4, 1970 in Wausau, the son of Ronald Edward Gauger and Lillian Mae (Stoltz) Gauger. Chad attended Sevastopol High School and was an avid wrestler. He had a 27-9 record his senior year and qualified for the state tournament, wrestling at 140 lbs. Chad’s senior wrestling season concluded in the second round of the tournament. Upon his graduation from high school in 1989, he went on to study with the engineering group at the Maritime Academy in Traverse City, MI. He graduated in 1993 with the rank of 3rd Mate.

Chad was able to see the world as he was a Chief Engineer aboard various ships. He met Cynthia Jo Hostetter in 1989 while on the USS Blue Chip together. Cindy was allowed to be on leave for her marriage to Chad in 2003. With a dog as their ring bearer and 650 people in attendance, they were married on the SS Badger, which was traveling between Manitowoc and Ludington, MI. Chad was currently an Unlimited Chief of the Great Lakes and Ocean.

He was raised Catholic and grew up attending S.S. Peter and Paul Parish in Institute (Sturgeon Bay). Chad was currently attending St. Mary’s of the Lake Catholic Church while living in Silver Cliff.

He loved all kinds of hunting, especially coyote, and was an avid fisherman. Chad raised many hunting dogs with his friend, Dave Jorns from Door County. Those who knew Chad, knew what a prankster he was.

Chad will be missed by his wife, Cindy; parents, Ronald and Lillian Gauger of Sturgeon Bay; two brothers, Wade of Sturgeon Bay and Brad (Michelle) of Green Bay; nieces and nephews, Jill and Matthew, and Lance, Lexie, and Will; and friends.

He was preceded in death by his grandparents; and favorite dog, Harry Barker.

In lieu of flowers, memorials may be given in Chad’s memory for St. Jude Children’s Hospital.

Condolences and memories may be shared at huehnsfuneralhome.com.