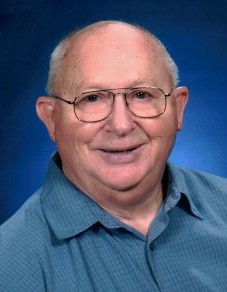 Clifford Wolter, of Sturgeon Bay, passed away peacefully with loved ones by his side on April 30, 2018, at Door County Medical Center, just short of his 86th birthday. He was born May 3, 1932 in Evanston, IL, the first son of Clarence and Ella (Koch) Wolter. He was united in marriage to Janet Schumacher on May 4, 1957, in Barrington, IL. They enjoyed nearly 61 years of marriage, and had three children, 10 grandchildren and two great-grandchildren.

Cliff graduated from Niles East High School in Illinois and went on to study architecture at Bradley University, before transferring to the University of Southern Mississippi. Cliff served his country in the United States Army during the Korean Conflict. Upon returning home he was employed at UOP (Universal Oil Products) in Des Plaines, IL, where he worked for nearly 30 years. It was there that he met the love of his life, Janet. While at UOP he was a Maintenance Manager and participated in bowling and golf leagues. After his time at UOP, he fulfilled his love of operating heavy equipment and was employed by his father-in-law at Schumacher Excavating of Barrington, IL. He then was employed as Office Manager at Koch and Son Landscaping, in Hawthorne Woods, IL. Upon retirement in 2002, he and Janet moved from their home in Buffalo Grove, IL, to Door County, WI, where they found the area both beautiful and welcoming, and became members of Sturgeon Bay United Methodist Church.

Cliff loved working with his hands, whether building, repairing, or simply tinkering. He was always busy and loved spending time in his garage, around the yard, working on projects, and listening to polka. But most of all, Cliff loved his family, and especially enjoyed sharing his knowledge, talents, sense of humor, and words of wisdom. He will be fondly loved and remembered for being a kind and generous man, and a great mentor, teacher, husband, dad, grandpa and great-grandpa to his family.

Cliff’s life will be honored privately by family.

In lieu of flowers, memorials may be given for the American Diabetes Association or the Sturgeon Bay United Methodist Church.

“Our family would like to extend our heartfelt thanks to the attending Doctors, Nurses and Staff at Door County Medical Center, the Skilled Nursing Facility, and Unity Hospice for the wonderful care given to Cliff.”