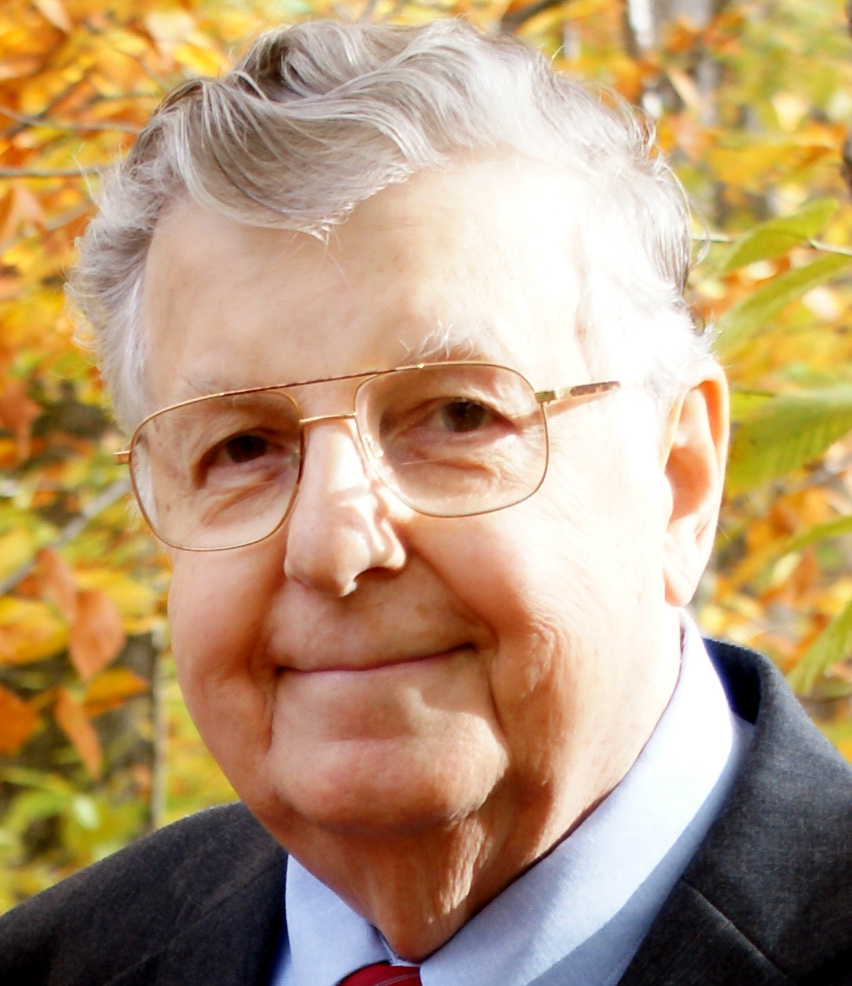 While growing up, his family moved many times. He attended 7 different schools in California, Michigan and New York. David graduated from Elmira Free Academy High School, General Motors Institute (now Kettering University) and received his Master’s degree in Mechanical Engineering from the University of Michigan. David was drafted into the Army in 1954 and served 2 years in Germany as an aircraft mechanic.

David married the love of his life, Alysanne Hazel Dove on August 25, 1956 at First United Methodist Church in Birmingham, Michigan, and they have been married nearly 60 years. Together they moved from Michigan to Brookfield, Wisconsin, then to Cedarburg, Wisconsin and finally to Liberty Grove in Door County, Wisconsin. David and Alysanne shared a love of traveling (with a special fondness for Hawaii), music, reading, landscaping and gardening and especially family.

His engineering career began at General Motors Truck and Coach in Pontiac, Michigan. While there he designed engine components, worked on prototype testing, and designed prototype proving grounds. He then worked at the Ford Motor Company in Dearborn, Michigan, helping to design the Ford Econoline van, which is still in production today. He later worked in the engineering department of the snowmobile division of Evinrude Outboard Marine in Menomonee Falls, Wisconsin and in the tractor division of Simplicity Manufacturing in Port Washington, Wisconsin, where he also served as the company’s expert witness. He served as Director of Product Safety and Liability at Safway Steel Products in Waukesha, Wisconsin until he retired in 1996.

David’s lifelong love of flying began when he was very small and flew with his parents in one of his father’s planes. He had several hours of flying time before he was one year old. In the 30 days between his college graduation and his induction into the U.S. Army, he attained his private pilot license. After returning from the Army, he earned his instrument rating, commercial pilot license, glider license, flight instructor license and ground school license. He shepherded many students through the process of learning to fly.

Away from work, he was always busy working on hobbies and projects, large and small. He played the clarinet, piano and saxophone. After completely disassembling, repairing and reassembling the family’s car engine, it started up without a hitch. One of his loftier undertakings was building a two-passenger VariEze aircraft in the garage in his spare time. He always made himself useful in supporting Alysanne’s musical and other interests. He compiled and took on the final editing process of the Town of Liberty Grove’s Comprehensive Plan. He designed their Cedarburg house and their “house in the woods” in Liberty Grove.

Preceded in death by his parents, Harry and Helen Burkhardt; and parents-in-law, William and Elsie Dove.

In lieu of flowers, Memorials may be given to Shepherd of the Bay Lutheran Church Music Fund or First Baptist Church of Sister Bay Missions Programs.

Personal messages to the family may be offered at www.caspersonfuneralhome.com.