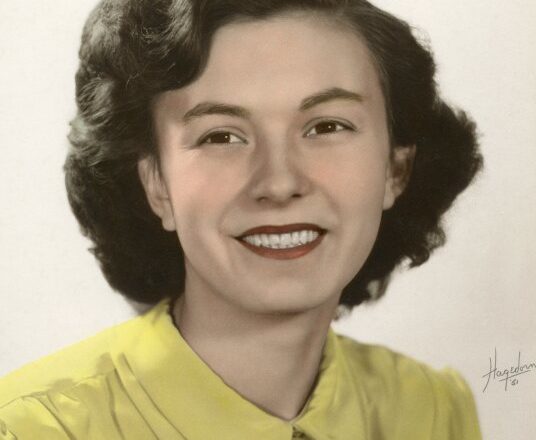 After graduating from Gibraltar High School, Donna married Roland Jorns on June 28, 1952 in Sister Bay. For many years, she and Roland farmed in the Town of Egg Harbor.  They also owned and operated “Jorns’ Sugar Bush”, a maple syrup business.  Donna treasured the relationships she had with their customers and deeply missed them when her health prevented her from working at the shop.

When she was young, Donna taught a sewing class for the 4-H program.  She also made wedding cakes.  She enjoyed years of traveling around the country and in Canada on business trips with Roland.  Donna would have wanted all her customers to know how much she enjoyed them throughout the years.

Survivors include her husband Roland; three children, Steven (Dixie) Jorns, Terry Newell, and Stuart Jorns, all of Egg Harbor; six grandchildren and eight great grandchildren; nieces and nephews.  She was preceded in death by her parents, a son-in-law, Loxley Newell, two brothers and two sisters.

Due to Covid 19, the family plans to have a gathering at a later date.  Forbes Funeral Home is assisting the family with arrangements.  On-line condolences may be offered at forbesfuneralhome.com