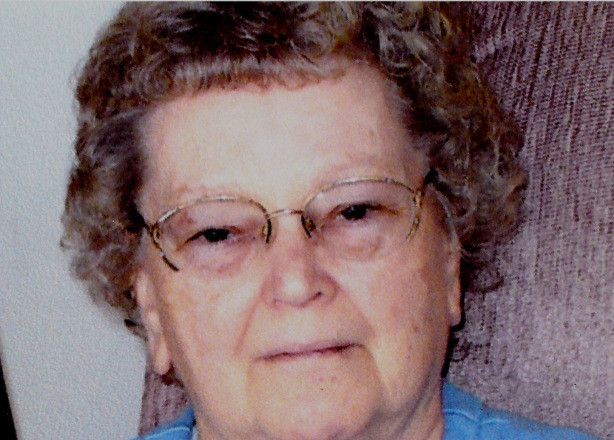 Gertrude Walker Watters, 80, of Sturgeon Bay, was called Home to be with the Lord Friday afternoon, March 4, 2016 at Golden Living Center-Dorchester.

She was born April 5, 1935 in Germany, the daughter of Efrom and Leokadia (Knull) Hundt. With hopes for a better life, Gertrude’s family decided to move the United States. They arrived in New York Harbor on April 21, 1952 with Dr. Gordon, a Sturgeon Bay dentist, as their sponsor. Her family took a train to Green Bay, and were driven to Sturgeon Bay by Chester, Sr. and Lettie Ostram.

Gertrude was united in marriage to Wayne Lee Walker on November 15, 1952. They enjoyed over 29 years of marriage. Wayne preceded Gertrude in death on March 27, 1982. She married John Lloyd Watters on December 21, 1983. They shared over 32 years of marriage.

Gertrude worked for Door County Memorial Hospital in dietary with the cafeteria for 18 years. She was a member of Sturgeon Bay United Methodist Church.

Gertrude loved knitting and crocheting, especially afghans and sweaters for children. She also enjoyed playing bingo with John at the casino.

She was preceded in death by her parents; first husband, Wayne Walker; three brothers, Edmund, Herman, and Otto (Erika) Hundt; and many siblings-in-law.

A funeral service honoring Gertrude’s life will be held at 11:30 a.m., Saturday, March 12, 2016 at Sturgeon Bay United Methodist Church with Rev. David Leistra officiating. Gertrude will be laid to rest in Bayside Cemetery.

Visitation for family and friends will be held at Sturgeon Bay United Methodist, Saturday morning, from 10:00 a.m. until the time of service.

Memorials may be given in Gertrude’s memory for the Alzheimer’s Association or Sturgeon Bay United Methodist Church.