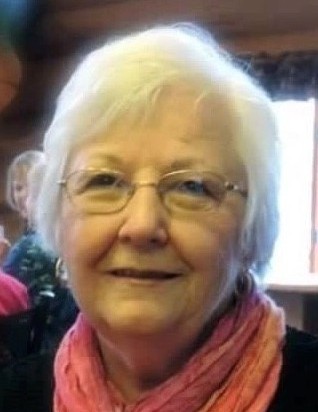 She was born January 25, 1939 at Swedish Covenant Hospital in Chicago, IL. Her parents were Everett Paul Reeves, Sr. and Elizabeth Matilda (Hachmeister). She grew up with her sister Joyce on a farm on River Road, now Rosemont, IL.

Gladys graduated from Lyons Township High School, La Grange, IL in 1956. She then learned keypunch and worked for 3M in Bedford Park, IL and later General Motors Electro-motive Division in McCook, IL as a Junior Tab Operator where the computer was a large IBM 650 that filled a room.

Gladys took time off in 1960 to marry widower George Robert Austgen. An electrician by trade, George had three young girls when they married, Lynda, age 9, Nancy, age 7 and Grace, age 4. Their family expanded with the additions of Carrie in 1961, Daniel in 1962 and Jennifer in 1963. In 1980, Gladys went back to the work force as a secretary to the marketing department of ISC, a computer company in Oak Brook, IL.

As a busy family, George and Gladys were very involved in church, directing and accompanying choirs and singing on weekly radio shows on WMBI radio in Chicago, IL as featured soloists, duets, and part of trios and quartets. After singing at Bethel Baptist Church in Ellison Bay, WI by invitation of Pastor Aymond Anderson in 1971, they fell in love with Door County where George and Gladys eventually retired to in 1990 and bought Dr. Farmer’s home near Sister Bay.

In 1992, Gladys accepted a job as Music Director at the newly formed Shepherd of the Bay Lutheran Church in Ellison Bay. It was a cherished time filled with wonderful experiences and many loving people. She was also an Assistant Director of the Peninsula Chamber Singers and a beloved piano and voice teacher to countless children throughout Door County.

Gladys is also survived by her sister, Joyce (Joe) Walta; brother, Paul (Sacorro) Reeves and many beloved nieces and nephews.

A memorial service will be held when we are able to all gather again.

“We would like to extend a heartfelt thank you to her doctors at Green Bay Oncology, the care staff at Unity Hospice, as well as, Fran Teskie and Myrma Howard for helping us care for  Gladys in her final days.”

In lieu of flowers, memorials may be made out to the Shepherd of the Bay Music Fund, The Austgen Memorial at Camp Forest Springs in Westboro, WI or Unity Hospice.

Casperson Funeral Home & Cremation Services, LLC in Sister Bay, WI is assisting the Austgen family. Expressions of sympathy, memories, and photos of Gladys may be shared with her family through her tribute page at www.caspersonfuneralhome.com.