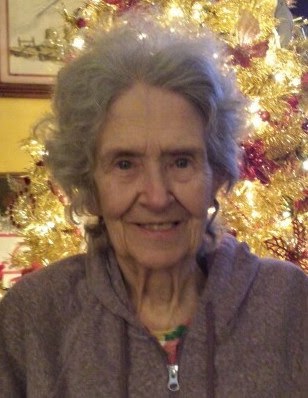 She was united in marriage to Leslie Martin Peterson on October 18, 1952 at Bay View Lutheran Church in Sturgeon Bay. They were blessed with three children: Mary Louise, Lawrence, and Kenneth. Leslie was a steamfitter with the local union, and so their family often moved to where the work was. Gloria worked for GNC Vitamins in the Oshkosh Mall Park Plaza in the 1970s, but her primary care was devoted to taking care of her family at home.

She enjoyed knitting and frequently made lap rugs for resident at Park View Health Center in Oshkosh. Gloria was also a talented sewer and known for her embroidery. For years, she enjoyed bowling in league in Oshkosh and often boasted about her high score of 280. She enjoyed going on the bus trips to Oneida Casino in Green Bay.

Gloria and Leslie shared over 42 years of marriage. He preceded her in death on February 20, 1995.

Gloria’s life will be honored with a funeral service held at 11:00 a.m. on Tuesday, November 15, 2022 at Huehns Funeral Home, 1414 Michigan Street, Sturgeon Bay, WI 54235 with Pastor David Leistra, of Sturgeon Bay United Methodist Church, officiating. She will be laid to rest in Bayside Cemetery in the Town of Sevastopol, beside her husband, Leslie.

“Our family would like to express our heartfelt thanks to the Bethel Home staff, especially Allison Kelly for the wonderful care you gave and also to Kelly Fitzpatrick for helping Mom find a place to live, close to family.”

Expressions of sympathy, memories, and photos of Gloria may be shared with her family through her tribute page at www.huehnsfuneralhome.com.