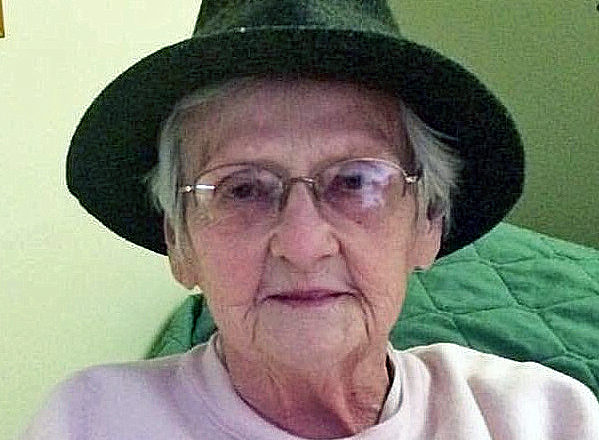 Hazel Gayleen Fischer, 82, of the Town of Jacksonport, Egg Harbor, who was a loving wife, mother and surrogate mother to many, passed peacefully on Friday, May 13, 2016 into her loving Father’s arms after a yearlong battle with illness and cancer.

She was born May 27, 1933 in Iuka, KS, the middle child of 16 born to Emette and Verlie (Leatherman) Keller. She grew up bounding around the family farm during the dust bowl and depression era. She was always known by her family as a prankster. She graduated high school in Preston, KS, followed by technical school as a telephone operator in Liberal, KS.

On November 22, 1953, she married a young Marine, Wesley Werner Fischer, returning from Korea whom she met at her brother’s church. He brought her to his family farm in Jacksonport, WI, and have now been married for 62 years. Together they farmed, raised four children, and compassionately cared for over 45 years all ages of foster children, teenagers who no one else could manage, and adults with disabilities who could not live alone. All who came into contact with Gayleen were welcomed into their family with open arms.

Gayleen achieved the greatest achievement one can reach in life, as a truly giving person loved by all, who always thought of others first and who always knew God was holding her hand every step of the way. Gayleen worked hard and asked for very little for herself. Every week she revitalized her 100-year-old starter bread dough to bake for her friends and family. She always had “something” she could give you to take home and enjoy, whether it be a pan of fudge or a Green Bay Packer or Kansas City Chiefs hat.

She was an avid Packers and Chiefs fan, except when they played each other, then there was no doubt that she would cheer for the Packers (loudly).

Gayleen was sadly preceded in death by her son, Warren; grandson, Neal; parents; and many of her dear relatives and friends, both in Wisconsin and Kansas.

To celebrate Gayleen’s life, a memorial service will be held at 1:00 p.m. on Saturday, June 11, 2016 at Huehns Funeral Home in Sturgeon Bay with Tom Savage officiating.

Her family will greet family and friends at the funeral home prior to the service, from 11:00 a.m. until 1:00 p.m.