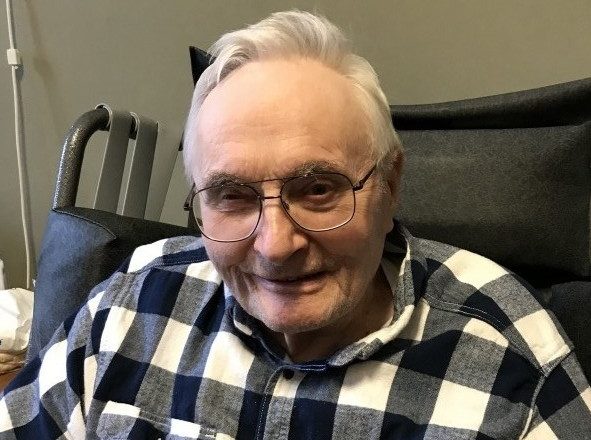 He was born October 11th, 1928 at his family farm outside Egg Harbor. He attended grade school in West Jacksonport and Sevastopol High School which was followed by an enlistment in the Marines of which he served during the Korean War. He was also a 50+ year member of the Masons and Shriners.

On November 22nd, 1953 after returning from Korea he married a Kansas girl, Hazel G. Keller, whom he met at her brother’s church and remained married to her for 62 years. Together they farmed, raised 4 children, and compassionately cared for over 45 years, all ages of foster children, teenagers and adults who needed help and assistance. Wesley worked hard farming and doing diesel mechanics to help support his family. He was the first to chip in when a neighbor needed a hand.

Wesley was sadly preceded in death by his wife, Hazel Gayleen; son, Warren; grandson, Neal; parents, Albert and Martha Fischer, as well as many dear friends and family both in Wisconsin and Kansas.

Due to the Pandemic a small family/and close friends memorial service will be held with the dedication of Wesley’s ashes to join his wife, son, and grandson at the family farm. Date for this service to be announced later. Instead of monetary or gifts of flowers the family request any tributes be donated to any local veterans’ organization. Although Wesley rarely discussed his time in Korea, he was very proud to have served.