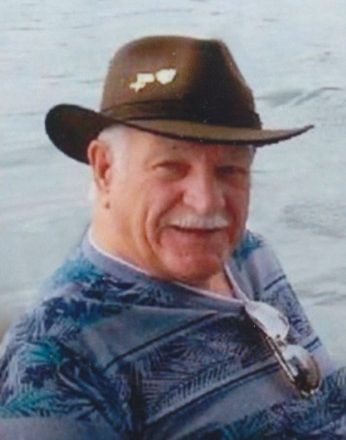 He was born April 15, 1936 in Three Lakes, WI, the son of William Hartley and Florice Agnes (Price) Bacon. Jack went to Sturgeon Bay High School before enlisting in the U.S. Navy where he served from 1954 to 1958 with time spent in Norfolk, VA, and the Mediterranean Sea at the end of the Korean War. On January 24, 1958 he married Patricia Ann Wilson at St. Joseph Catholic Church in Sturgeon Bay.

Jack worked at American Motors Corporation before moving back to Door County with Pat and family in 1968 when they bought an apple and cherry orchard business. He worked for Bay Shipbuilding prior to his employment with Northland Steel, retiring in 2000.

Jack enjoyed collecting and working on his cars, fishing, and was a huge Packer Fan!

Preceding him in death were his parents; sister, Phyllis Moe; and brother, Richard.

COVID 19 guidelines will be followed as defined by state and local health department officials.

Expressions of sympathy, memories and photos of Jack may be shared with his family through his tribute page at www.huehnsfuneralhome.com