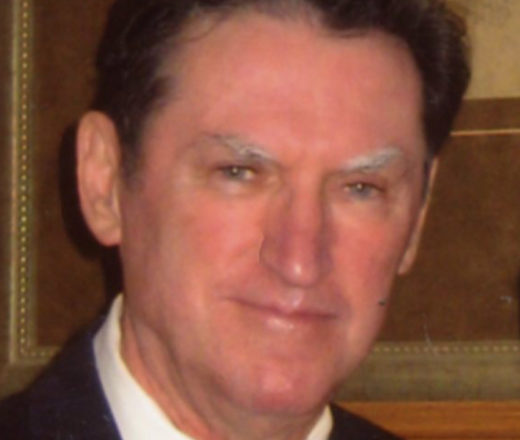 After high school, he decided to follow in his parents’ footsteps and become a teacher, graduating from Door Kewaunee Teachers College and UW – Oshkosh.  He taught at many schools before accepting a position at Sevastopol where he taught until his retirement and then did a lot of substitute teaching at Southern Door.

John had a gift and a calling to coach basketball and baseball and went on to mentor and coach many students, winning many awards and accolades.  But to him, the students were his joy, teaching the game, playing as a team, following the rules and helping them bring these principles into their adult lives.

John was a confirmed bachelor for 40 plus years and then one Saturday night he went on a blind date with friends and met Linda, who became his wife June 2, 2017.  Their time together was wonderful, but all too short.

He was preceded in death by his parents; a brother, Paul Toppe; sister, Gloria Seaquist; sister-in-law, Jeannine Eggert; and brothers-in-law, Jeff Ambach and David Cain.

John had many friends whom he cherished, among them are: Dale and Kris Schartner, Joe Clabots, Sue Klemas, Pam and Doug Pagel, Jerry and Joann Seiler, Sue Engberg, Connie Fox, and Jack Urban.

Memorial services will be 11:30 am Saturday, Feb. 9, 2019, at St. Peter’s Lutheran Church with Rev. Joel Sauer officiating.  Burial will be at Bayside Cemetery.  Visitation will be from 10 am Saturday at the church until the time of services.

Special thanks to Michelle for her daily messages and cards and to Alice Meeuwsen for always being there to help.  Thanks also to nurses Dawn and Rachel for the wonderful care they gave to John, and to Joan Yazbac who tried so hard to save John and was so compassionate.

John had a saying he lived by, “Don’t judge someone until you’ve walked in their moccasins.”