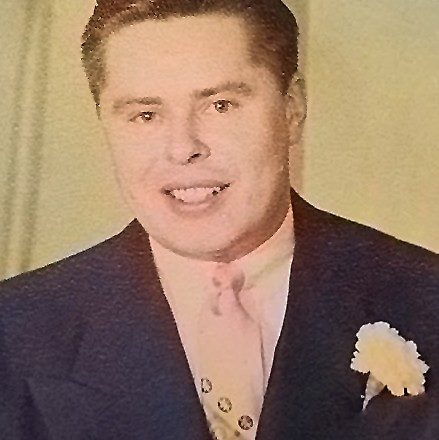 He was born February 28, 1928 in Chicago, son of the late Thorvald and Karen Sue (Johnson) Axelson. On December 20, 1950, Carol Nanette Olson and Jack were united in marriage in Sioux City, Iowa. The two were active members and volunteers at Shepherd of the Bay Lutheran Church in Ellison Bay. They were wed for 54 years before Carol preceded him in death on May 7, 2005. Jack remained active at Shepherd of the Bay and joined the Singles Group after Carol passed. He also volunteered with the Salvation Army to ring bells and was a member of Kiwanis International. He enjoyed spending time with his dear friend, George, and telling stories, true or false, we may never know. Jack loved to barbeque and was most known for his BBQ chicken and corn on the cob. Above all else, Jack was a devoted husband, father, grandfather, great-grandfather, and great great-grandfather, who adored his family.

He was preceded in death by his parents, Thorvald and Karen Axelson and wife, Carol Axelson.

Jack’s life will be honored with a private family service at Shepherd of the Bay Lutheran Church with Pastor James Honig officiating. He will be laid to rest in Ellison Bay Cemetery and full military honors will be performed. Memorial donations can be made in Jack’s name to Shepherd of the Bay Lutheran Church or in Carol’s name to the American Cancer Society.

Casperson Funeral Home of Sister Bay is assisting the Axelson family. To watch his funeral/graveside services (will be available on March 8) or to leave expressions of sympathy, memories, and photos of Jack, please visit his tribute page at www.caspersonfuneralhome.com.