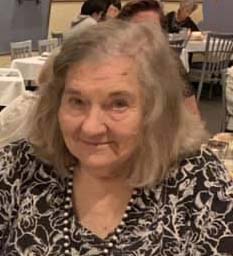 Katie married Lawrence “Larry” Hartl on August 20, 1949, at St. Joseph Church.  She and Larry recently celebrated 72 years of marriage, living at the same address for all those years.

Katie and Larry owned and operated the Pilot House Restaurant on Jefferson Street for several years.  Katie also worked at Emerson Motors.  She enjoyed performing in her and her husband’s band (Melody Four) and sitting outside in her yard.  She especially enjoyed time spent with her great-grandchildren.

Private Graveside services will be conducted at St. Joseph Cemetery.  A celebration of life will be held in the near future.  Forbes Funeral Home is assisting the family with arrangements.