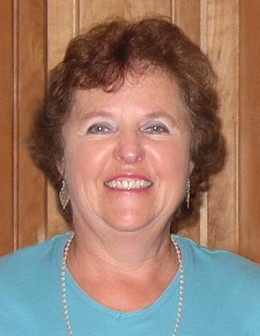 She was born March 20, 1939 in Canton, OH, the daughter of Robert and Marion (Glesner) Malzahn. Mary spent her childhood in Sturgeon Bay and met her husband, Joseph K. Frischmann while studying at St. Mary’s School of Nursing in Milwaukee, WI. Mary and Joseph were united in marriage on July 2, 1960 and moved to East Lansing, MI where Mary worked as a registered nurse while Joseph completed his PhD in chemistry at Michigan State University.  After Joseph graduated, they moved to Indianapolis, IN where they raised their three children. Mary was a homemaker who loved to sew, crochet, bake, and take care of her family. She faithfully served at St. Lawrence Catholic Church in Indianapolis as a Sunday school teacher, Eucharistic minister, and supported many other areas within the church such as singing in the choir and providing meals and emotional support to others. Mary was also involved in her children’s activities, acting as a brownie and girl scout leader to her daughters and supporting her son in sporting activities. After her mother-in-law was diagnosed with diabetes, Mary became a diabetes educator and volunteered at St. Vincent Hospital in Indianapolis where she was part of a team that trained patients newly diagnosed with the disease. She was passionate about helping others.

When Joseph retired in 1992, he and Mary traveled the world. They loved to take hiking trips and visited many of the national parks. Joseph and Mary also loved to take cruises. They traveled to many places including the Middle East, Greece, Rome, Russia, Germany and South America. In 2000, they sold the family home in Indianapolis, IN and purchased homes in Cape Canaveral, FL and in Mary’s beloved hometown of Sturgeon Bay, WI, spending half a year in each location. In Sturgeon Bay, Mary became a favorite of the Coast Guard. She baked cookies for them weekly and kept frozen bags on hand to give to them whenever they passed in front of their waterfront home. The Coast Guard gave her a plaque in appreciation of her thoughtfulness and service. Mary always thanked those who served our country and communities. There was no such thing as a stranger to Mary, just “a new friend in waiting.”

Mary’s life will be honored with a Mass of Christian Burial held at 11:00 a.m. on Thursday, May 17, 2018 St. Joseph Catholic Church, 110 N. 5th Ave., Sturgeon Bay, WI with Fr. Robert Stegmann as celebrant. Interment will be in St. Joseph Cemetery.

In lieu of flowers, donations can be made to St. Joseph Catholic Church (526 Louisiana St., Sturgeon Bay, WI 54235). The donations will be used to restore the rose window at St. Joseph’s that was in place when Mary attended grade school there.

Huehns Funeral Home in Sturgeon Bay, WI is assisting the family with arrangements. Expressions of sympathy, memories, and photos of Mary may be shared with her family through her tribute page at www.huehnsfuneralhome.com.