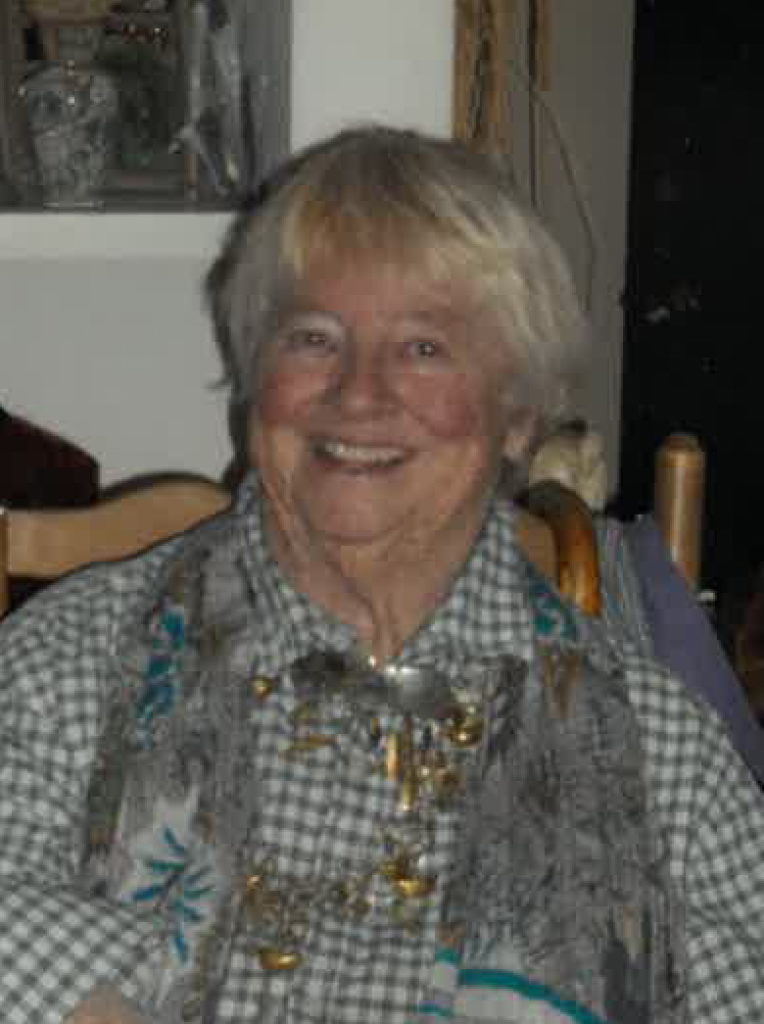 Family and friends mourn the loss of Phyllis Ingwersen, wife of artist James J. Ingwersen. Phyllis died peacefully on Tuesday, May 1, in Door County, Wisconsin. She was 89 and had homes in Sister Bay and Scottsdale.

Phyllis was a journalist, an actor, and a painter. In spite of a 1962 sell-out exhibit of her whimsical watercolors of concert halls and cityscapes, Phyllis chose to channel her professional and interpersonal skills into her husband’s life-long career as a portrait artist.

Phyllis Catherine Prybelick was born in St. Paul, Minnesota on April 16, 1929 to John and Clara Prybelick. She left home at 18 when she qualified for advanced acting classes at the University of Minnesota.

After graduation, Phyllis moved to Chicago. She was quickly promoted from being a secretary at J. Walter Thompson Advertising Agency to a copywriter. She tried to break into publishing in New York but found the book department at Wanamaker’s Department store in Philadelphia to be a true calling. She loved to read.

On November 4, 1960, Phyllis and Jim were married by the Justice of the Peace in Philadelphia.

In 1970, Phyllis and Jim bought a 19th-century farm mid-Peninsula in Door County, Wisconsin. They spent years transforming it into an artist hideaway.

In 1988, the couple settled on a place in Scottsdale and for thirty years spent winters in Arizona.

For six decades, Phyllis and Jim were true collaborators focused on Jim’s career. Phyllis was intellectually curious and wanted to engage with people on a deep level. She was always trying to figure out what made people tick and tease out their innermost thoughts. She was an independent spirit and boldly established a unique lifestyle. Phyllis was a patron of the arts in her community and wherever she traveled.

In memory of Phyllis’s passion for young people and music education, an endowed scholarship fund will be established in her name at Birch Creek Music Performance Center. Gifts may be sent to P.O. Box 230, Egg Harbor, WI 54209, or given online at www.birchcreek.org/support in memory of Phyllis Ingwersen.

Please note: A forthcoming publication about Phyllis and Jim Ingwersen entitled, “Captured Moments in the Life of a Painter,” will be released this summer in conjunction with an exhibit at The Miller Art Museum that opens on July 21.  For a special pre-publication offer, visit www.millerartmuseum.org.