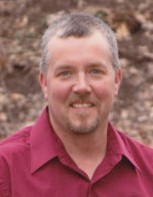 He was born in Green Bay, the son of Donald VanGheem and Nancy Bardouche. In 1987, Randy graduated from Sevastopol High School, where he had success in competing in track. He was employed as a carpenter for Leist Construction for 17 years before taking his skills of carpentry to Palmer Johnson Yacht building in Sturgeon Bay until his illness forced his retirement three years later.

Never one to sit around, Randy enjoyed ice fishing, playing golf, collecting Harley T-shirts from every state, and putzing and building things in his most immaculately kept garage, where he had three tools of everything. He was an avid pool player, even having a custom pool table built for his own home. He always looked forward to spending time with his wife and family at his parents’ cottage in Mountain, Wisconsin, when healthier.

His mother, Nancy (Kiddford “Kipp”) Freeman preceded him in death.

To honor Randy and in lieu of flowers, the family suggests memorials be made to the ALS Association.

“Our family would like to extend a heartfelt thanks to Randy’s nurse, Laura Barr, who became part of our family these past five years. We also want to thank the many family and friends for the support and understanding shown to all our family while on this journey with Randy. Your support and love gave us strength to face the day and peace to endure the nights and years.”

Huehns Funeral Home and Door County Crematory in Sturgeon Bay are assisting the VanGheem family. Expressions of sympathy, memories and photos of Randy can be shared through his tribute page at huehnsfuneralhome.com.