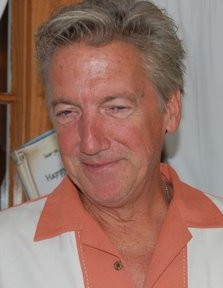 Richard William Anderson, “Rick” and “Skeeter” to friends and family, 67, of the Town of Nasewaupee, died peacefully at Aurora BayCare Medical Center in Green Bay.

He was born in Dayton, Ohio, the son of Robert Claiborne Anderson and Marjorie Alberta (Cunningham) Anderson. In 1955, Rick’s family moved to Glen Ellyn. His father passed away in 1964. Rick attended school in Glen Ellyn and graduated from Glenbard West High School with the Class of 1970. After high school, he took classes in commercial art for a short time.

Rick initially worked as a custodian for St. Mark’s Episcopal Church in Glen Ellyn, the church he grew up attending, was baptized, and also confirmed. He then went to work for Entron Controls in Wheaton, Illinois. Rick married Karen, and in 1994, they had one son, Nicholas.

Rick enjoyed bowling in the Apple Valley Majors Tuesday night league at Apple Valley Lanes in Sturgeon Bay. He was a speedskater in high school. Those who knew Rick knew what a passion he had for music. He played guitar in various bands and offered backup on drums while living in Illinois and even sang together with Karen, whom he was married to at the time. Rick also liked to sketch and draw. Rick was an easygoing guy that many people just enjoyed being around and hanging out with.

Arrangements are pending for Rick’s celebration of life. He will be laid to rest near family in Bayside Cemetery in the Town of Sevastopol.

Memorials may be given in his memory to the Boys & Girls Club of Door County or Door County Habitat for Humanity.

“Thank you to the staff at the Vince Lombardi Cancer Center team at Aurora BayCare as well as the other hospital staff for their care given to Rick these past 16 months.”

Huehns Funeral Home and Door County Crematory in Sturgeon Bay are assisting the family. Expressions of sympathy, memories and photos of Rick can be shared through his tribute page at huehnsfuneralhome.com.