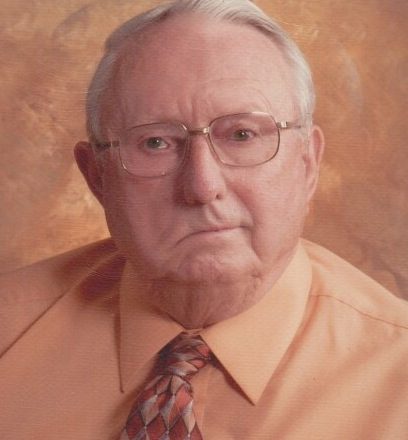 Bob was the oldest of four children with his younger siblings, Anita, Sara, and Timothy. In his teenage years, he worked ten-hour days for the Evergreen Nursery for $0.25/hr. Bob grew up attending St. Joseph Parish in Sturgeon Bay and graduated from St. Joseph School in 1946 and then Sturgeon Bay High school in 1950.

For the next three years, he went on to work for the Reiss Steamship Co., sailing the great lakes with his father, a conveyor engineer aboard the Robert J. Paisley. Bob started as a fireman at $0.75/hr. then advanced to oiler and water tender. He finished his third year sailing aboard the J. L. Reiss.

Bob entered into active duty with the United States Army on April 8, 1953 and served as a cryptographic equipment repairman. He was transferred to the Army Reserve in on April 7, 1955 and worked as an instructor for repairing the crypto and teletype equipment.

Bob was united in marriage to Esther Belle Gibson on June 7, 1954 at St. Joseph Catholic Church in Sturgeon Bay.

He worked for Rockford Products in Rockford, IL for 23 years until the passing of his father in 1977. Bob then returned to Sturgeon Bay to care for his mother. He worked for Bay Shipbuilding Co. for seven years before working for the Door County Court House as the second-shift maintenance supervisor for fifteen years until his retirement.

In his retirement years, Bob loved working for Gary Renard as a part-time delivery driver for Renard’s Cheese.

Bob’s wife, Esther, left for her everlasting Journey, leading the way on July 24,2002.

Bob was also preceded in death by his parents; two sisters, Anita (Ralph) Anschutz and Sara (Leonard) Sladkey; and other relatives.

“Great thanks and praises are to be showered upon my closest and dearest friend and caregiver, Jody Huggett of Sturgeon Bay. Her husband, Randy, aka “HUGGY” cannot be forgotten as well for the numerous car rides for check-ups and assistance he provided for Jody and myself.

Thank you, Terry and Kim Vogel, for Sunday communions, and for last-minute tending when others could not, as well as Dan and Wanda. Also, Rosie and Andy, and Bonnie and Gary for helping me through my loss of Esther.

Thank you Nanc’ and Krystn Huggett for always being their at the drop of a hat for all my ‘technical’ maladies.  Lastly Thank you to Unity Hospice especially, Nurse Jamie, and the personal care attendants, Amanda, Kayla, and Samantha, who were there for my journey’s start.”

A Mass of Christian Burial will be celebrated at 11:00 a.m. on Monday, August 10, 2020 at St. Joseph Catholic Church in Sturgeon Bay with Fr. Robert Stegmann as celebrant. Bob will be laid to rest in St. Joseph Cemetery beside his wife, Esther, with Military Honors by the United States Army and the Weber-Tess AMVETS Post 51.

Visitation for family and friends will be held at the church on Monday from 10:00 a.m. until the time of Mass.

Those attending the visitation and/or Mass are to wear face masks and maintain social distancing.

Huehns Funeral Home, Inc. & Door County Crematory LLC in Sturgeon Bay are assisting the Maples family. Expressions of sympathy, memories, and photos of Robert may be shared with his family through his tribute at www.huehnsfuneralhome.com.