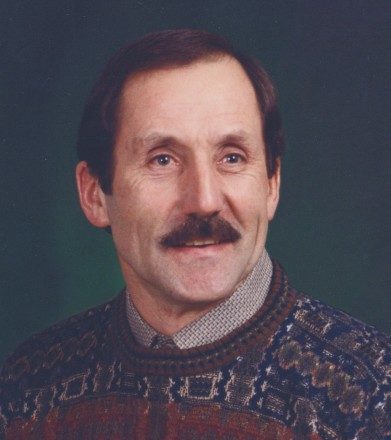 He was born on September 19, 1942 in Sturgeon Bay to John and Leona (Keck) Schinktgen.  He graduated from Waniger School in l956 and Sturgeon Bay High School in l960. He attended Diesel Mechanics School in Oconto after high school and obtained his Journeyman Apprenticeship Machinist Certification from Northeast Wisconsin Technical College in 1988.  He was employed at Peterson Builders, Doerr Electric, Emerson Electric and then Marine Travelift until his retirement in 2008.

Roger married Penny (May) Schinktgen on September 18, 1965 at Corpus Christi Catholic Church and were married 55 years. He and Penny enjoyed traveling on their Harley Davidson, working on their mini-farm, and enjoying their children and grandchildren. He was creative in designing and making anything with wood or steel. Building his cabin and his many years of enjoyment there held fond memories as his legacy. Cutting wood for the wood burning stoves were his enjoyment. Deer hunting was an annual ritual. He was always active despite his challenges with his peripheral neuropathy in his later years, his attitude was inspiring.

He was past-President of the Parish Council at Holy Name of Mary and Coordinator for the Ushers for many years.

He was preceded in death by his parents, John & Leona Schinktgen; brother, John Schinktgen; in-laws, Orson May and Violet May.

Private services will be held for the family due to COVID. A Celebration of Life will be held sometime in 2021. Roger will be laid to rest in the Holy Name of Mary Catholic Cemetery in Maplewood.

Huehns Funeral Home, Inc. & Door County Crematory LLC of Sturgeon Bay are assisting the Schinktgen family. Expressions of sympathy, memories, and photos of Roger may be shared with his family through his tribute page at www.huehnsfuneralhome.com.