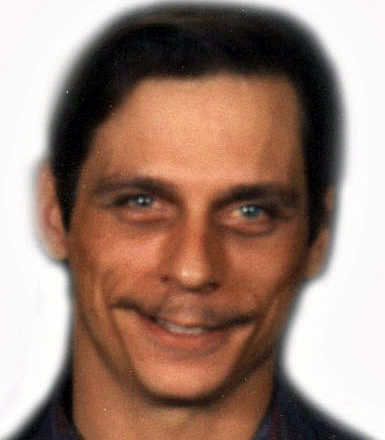 Terry Lynn Kolstad, 54, of Sturgeon Bay, passed away on September 30, 2016, at home with his daughter, Carley and life partner, Marsha at his side.

Terry Lynn Kolstad was born in Frankfurt, Germany on December 17, 1961, to Willard G, and Artyice (Fay LaViolette) Kolstad.  He was a graduate of Southern Door High School class of 1980. He also graduated from the School of Airbrush, Chicago IL.  He worked as an Out Fitter for Palmer Johnson Yacht, and Tradesmen International, Terry painted for many years at Emerson Electric and Marine Travel Lift.

Terry’s interest includes building snow castles for his daughter in the winter and long bike rides with her in the summer, spending all of his free time with her teaching her about the outdoors. He also loved hunting and teaching his daughter how to shoot her first gun and bow. He enjoyed painting and going on long walks with his faithful companion D.O.G., and also raising and training dogs. Terry also enjoyed spending time with both of his brothers, hunting and working on his vehicles with his youngest, and painting with his oldest.

Memorial services will be 1:00 p.m. Saturday, October 8, 2016 at Tanum-Forest Lutheran Church with the Rev. Peter Mannoja officiating.  Visitation will be from 4:00 to 8:00 p.m. Friday October 7, 2016, at the Forbes Funeral Home and after 12:00 p.m. until the time of services at the church on Saturday.  A prayer service will be held at 7:00 p.m. Friday at the funeral home.  Please no flowers or plants, a memorial fund has been established in Terry’s name at Capital Credit Union.  On-line condolences may be offered at forbesfuneralhome.com