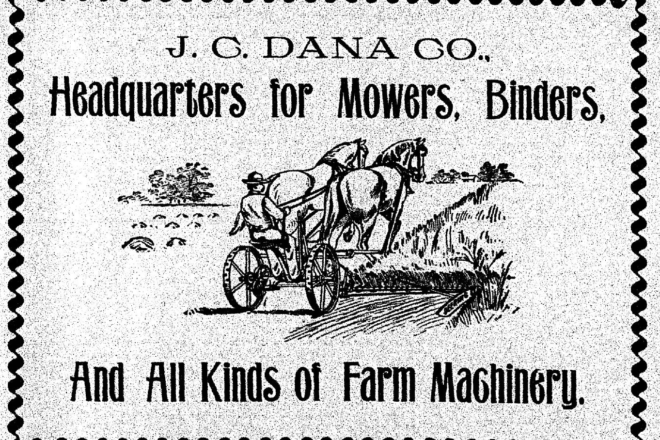 News from this week’s past.

About half past 2 o’clock yesterday morning the little schooner Eva, laying on the west shore, belonging to Mr. O. E. Dreutzer, was distroyed by fire. Mr. Dreutzer has just re-fitted her and she would have been launched to-day, had not the sad occurrence happened. The vessel was set on fire by some malicious person. Who would not hesitate to commit most any crime. Loss $400.

Some of the farmers of this town and Sevastopol have lost many young pigs during the past month, probably from cholera, but the precise nature of their disease is not yet known. Kearn Bowe has lost eight. Matt. Kemp of Sevastopol is minus eighteen, and other farmers are short from eight to sixteen each. Some of these pigs died soon after birth, while others have lived two weeks. In a few caes their mothers have died with the same symptoms. A valuable young horse belonging to A. W. Lawrence died on Saturday night after a sickness of only eight hours. It is supposed that the disease was inflammation of the brain.

Base ball matters are progressing nicely. Nearly the whole of the fund has been subscribed. A crew of men are at work preparing ground for the new diamond. A bicycle track will be built around the diamond. The association are corresponding with several outside players with a view to engaging them but no definite arrangements have as yet been made. Remillard may not play with the team this year, having secured a position on the Goodrich steamer Chicago. The grounds will be ready about the latter part of this month.

A formal petition has been forwarded to Congressman Gustav Kuestermann asking that the proposed city mail delivery service be established. This move is expected to start something in the matter, which has been held up by the postoffice department since last fall, though the reason is not apparent, as the city has complied with all the demands of the department. It is expected that this petition will have the desired effect of bringing the matter to a head.

The Reynolds company is preparing to handle a big cherry harvest this year and is getting things ready to accommodate a large force of pickers on its farm in the town of Sevastopol.

Among the improvements that will be provided by the first of June will be hot and cold water and electric lights.

The dining hall and sleeping quarters will accommodate 150 easily. Ten shower baths are being installed with hot and cold water for the use of the pickers. A baseball ground is also one of the attractions. The crew will be all boys from Chicago, residents of the west side of the city, arrangements having already been made for them. It is an ideal outing for the city lads, who are, as a rule, more than anxious for the chance to come here.

On Tuesday the Chamber of Commerce wired the Bureau of Aeronautics for a representative to inspect a landing field near this city to be known as the Cherryland airport. The field has already been inspected by Appleton officials and was approved of by them.

The airfield is located just north of the concrete on Highway 78 north of this city in a field on the west side of the road. The field is approximately one-half mile long and one-quarter mile wide and has two runways of 2,800 feet each. In the center of the field is a hundred foot circle marked with a ring four feet wide to guide plans.

Announcement was made in daily papers Tuesday, in a dispatch from Grand Rapids, Mich., that construction and operation of a new type of combination passenger and automobile ferry across Lake Michigan is contemplated by the Lake Michigan Motor Ferries, Inc. Articles of incorporation have already been filed.

Leathem D. Smith of Sturgeon Bay is listed among the incorporators. Details concerning plans of the corporation were not announced.