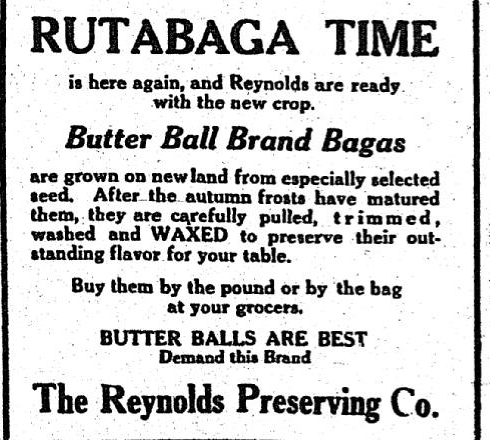 The indications are that there are some lawless men in our midst. Our business office, near the nursery, was broken open on Monday night. Attempts were evidently made on Saturday night and again Sunday night, to break into one of the stores in town. It would be well to be on the alert and keep an eye on the scamps.

The water in the bay was again so low as to stop the roller mills and MacDonald’s oil mill this week and to prevent a repetition of this the wells at both mills will be drilled deeper.

The exceedingly bad conditions of the country highways keeps many farmers at home these days,and there is a noticeable quiet in the city in consequence. Who says that the farmers are not one of the most important factors in the success of business enterprises in the city?

With a New Motorboat.

The new power lifeboat for the Baileys Harbor Life Saving Station was received here from New Jersey last Friday and Captain P. O. Lavenger and John Olander came up from the Harbor Saturday to launch the craft from the car and put it in commission. The canal life saving crew assisted in launching the boat which was done without accident, but while trying to start the engine Mr. Olander received a blow across the mouth from the crank handle which knocked out one tooth and loosened several others besides cutting his lip badly and requiring the services of a surgeon.

The engine is a 30 HP Holmes auto marine four cylinder, four cycle gasoline motor, and is installed inthe after airtight compartment. The boat can be rolled completely over and will right itself without wetting the engine.

This is the first power lifeboat received on the lake this side of Milwaukee and all the other stations on the Great Lakes will be supplied with them as fast as possible. The Plum Island boat was sent to New Jersey several months ago and will be the next in order to have a motor installed.

Beginning with Monday, November 24th, pupils of the grades will not be allowed in the public library after supper, unless those over 14 years of age wish to return books.

Herman J. Kachmann, age 24, was instantly killed by a dynamite blast on Tuesday morning at 11 o’clock.

The young man, a son of Mrs. B. F. Otis, near this city, was blasting stumps at the time of the terrible tragedy of which the full particulars will never be known.

He was working alone at the time in the Otis orchards adjoining the Ullsperger farm a short distance from the Cherryland route, about a mile from this city. Smoke could be seen rolling high into the air and was followed by two smaller blasts. Sensing that a mishap had occurred, Mrs. Otis, mother of the victim and Mrs. D. E. Bingham rushed to the scene of the accident.

His body and face was mutilated beyond recognition and it is stated that his clothing with the exception of a scanty portion held to his body by his belt was blown off. In the watchpocket of his trousers his watch was found and had stopped at exactly 11:16 o’clock from the impact of the explosion.

The H. J. Hahn funeral directors were summoned and the body was taken to their funeral parlors and prepared for burial. Funeral arrangements have not yet been made.

to Appear in Person

Door county people will be interested in an unusual attraction to be featured at Miller’s Clothing House Friday and Saturday when Cliff Thompson, known as the tallest giant walking the face of the earth today, will make personal appearances both day and evening.

Mr. Thompson is a native son of Wisconsin, having been born and raised near Scandinavia. He is 8 feet, 7 inches tall and tips the scales at 465 pounds. He is perfectly proportioned for a man of his size. The ring he wears on his finger is large enough to permit a 50 cent piece being passed through it without difficulty.

Most of Mr. Thompson’s time is spent traveling with circuses and staging publicity stunts for various organizations. A picture of him bathing in the average size hotel bath appeared recently in the magazine “Life.”

Mr. Thompson made a personal appearance at Miller’s two years ago, at which time he wore a red military uniform. This week he will appear in a white tuxedo and white hat.