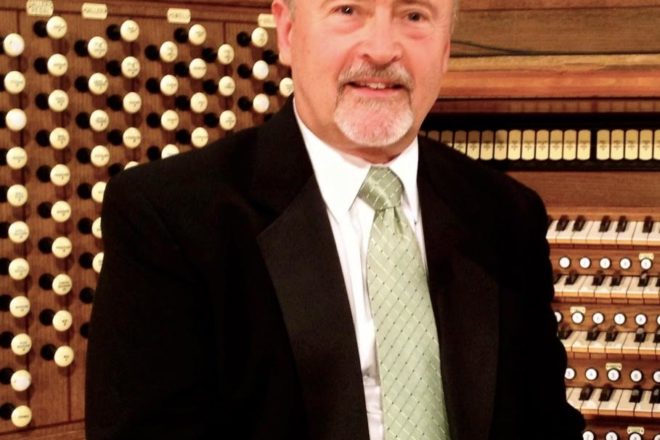 Shepherd of the Bay Lutheran Church is pleased to present organist Greg Beem in concert on Oct. 8 at 7pm. The program will include works by Johann Sebastian Bach, Dietrich Buxtehude, Johann Pachelbel, Max Reger and more.

Beem serves as principal organist at Shepherd of the Bay Lutheran Church. A native of Zion, Ill., he has had an active career both as a music educator and church musician. For almost four decades, Beem has served in the music ministries for a number of churches in the Midwest. Prior to serving at Shepherd of the Bay, he was Principal Organist at the United Methodist Church of Whitefish Bay in Whitefish Bay; Director of Music and Worship at Immanuel Baptist Church in Kenosha; Principal Organist at St. James Lutheran Church in Lake Forest; and Director of Music Ministries and Assistant Organist at Christ Community Church in Zion. In addition, he served for 33 years as a music specialist in the public schools in Northbrook, Ill., retiring in 2009.

Beem is an active member of the Organ Historical Society and the American Guild of Organists and was privileged to serve as Competition Coordinator for the Milwaukee Chapter 2013 AGO/Quimby Regional Competition for Young Organists held in 2013.

The concert is free and open to the public, with a reception to follow. A freewill offering will be accepted to support the Concert Series at Shepherd. Shepherd of the Bay is located at 11836 Hwy. 42 in Ellison Bay.